4 Nabbed For Large Quantities Of Wee 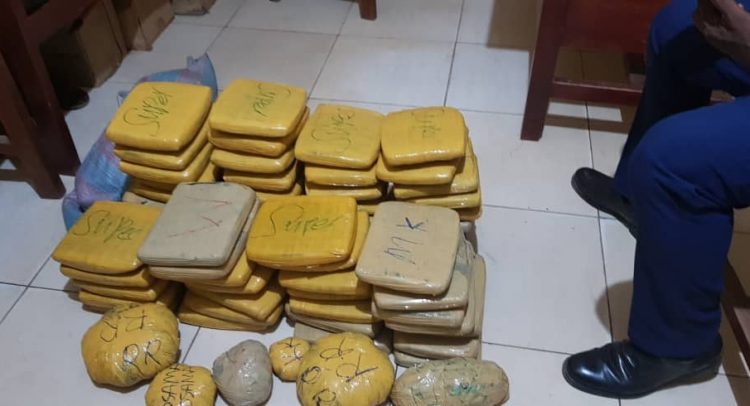 The police at Baatsona have arrested four persons  including a lady they suspect  were trading  in dried leaves suspected to be  Indian hemp aka Wee.

The suspects have been identified as Foli Emmanuel, Juliet Asempapa, George Dzamesi, and Prosper Tibo.

The Accra Regional Police Public Relations Officer, DSP Effia Tenge, said the suspects were arrested by the police upon a tip-off.

She said 138 slabs in 66 parcels of the suspected narcotic drugs hidden in an uncompleted building and a mini bus were retrieved during the operation.

“The Baatsona police received intelligence report that some persons were dealing in narcotic drugs at Hydrofoam Estate.

“Our investigations indicate that they were trading in the substance suspected to be Indian hemp, and so we are detaining them and send samples for forensic examination to aid our investigations,” she added.