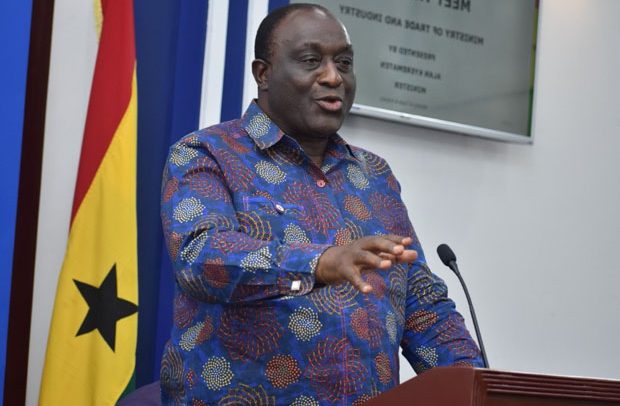 A NUMBER of private Chinese financial institutions have pledged to make a $400 million financial support towards the implementation of the government’s flagship One District One Factory (1D1F) programme.

Minister of Trade and Industry, Alan Kyeremanteng, made this known on Tuesday, May 7, 2019.

He was delivering an update report on the implementation of the 1D1F initiative at the Information Ministry’s Meet The Press Series.

He disclosed that the Chinese financial institutions have identified their Ghanaian counterparts to lend cash to players on the 1D1F programme.

According to him, the Chinese institutions are to lend the $400 million to the local banks for onward lending to the 1D1F players.