5 Arrested With Rosewood In Salaga 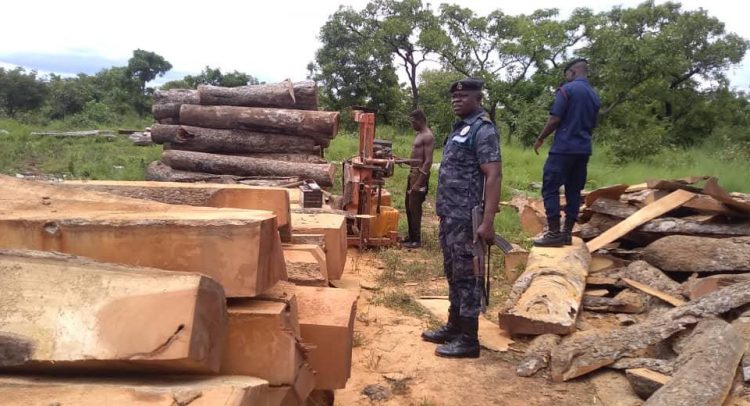 Police in the North East Gonja District of the Savannah Region have arrested five persons for alleged illegal harvest of rosewood in the district.

A joint District Security Committee of the North East Gonja District and the Salaga District Police command, impounded the rosewood at Debar.

The suspects were arrested when they were processing about 300 rosewoods in the community.

Meanwhile, Salaga Magistrate Court presided over by His Worship, David Sebiyem has granted GH¢ 8,000 bail to the suspects with one surety.

The suspects are expected to reappear in court on 16th September, 2019.

The suspects were charged with, harvesting forest product without lawful authority, contrary to Section 1(1a&h)of the Forest Protection Decree NRCD 243/1974 as Amended by Act 624/2002.

The judge directed that the rosewood be sent to the district police station.

The Ministry of Lands and Natural Resources, has banned the harvest of rosewood in the country.

The government suspended the issuance and processing of permits for the export of Rosewood.