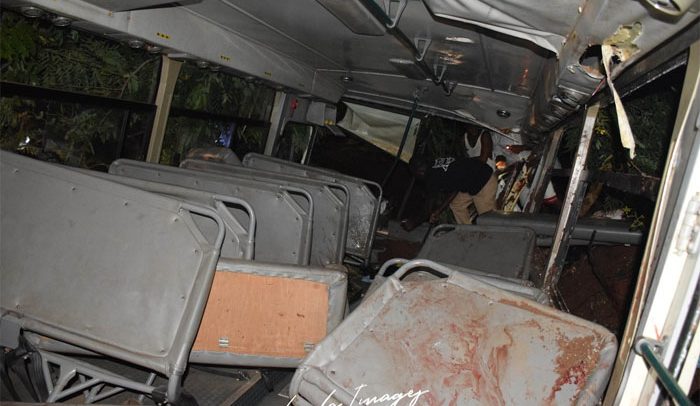 Seven parishioners of the St. Barbara Parish of the Holy Trinity Catholic Church at Akosombo, have died in a car crash while returning from a funeral on Saturday night.

The accident occurred around the Asitey Mountains in the Eastern Region.

DGN Online gathered that three male and four female adults between the ages of 30 and 50 were involved in the accident.

A bus with registration Number GV 2497-14, belonging to the Volta River Authority enroute from Akyem Oda to Akosombo and being driven by one Bernard Ababio, upon reaching a section of the road at the Asitey Mountains, reportedly had a brake failure.

That happened when it (bus) was descending the hill.

As a result, it veered off the road and landed in a deep valley.

The victims were rushed to the Atua Government and the St. Martin De Porres Hospitals, with the injured being on admission as at the time of filing this report.

Bodies of the deceased have been deposited at the Atua Government Hospital Morgue pending autopsy.

Nigerian Arrested For Attempting To Kidnap Boy, 4, At Maamobi