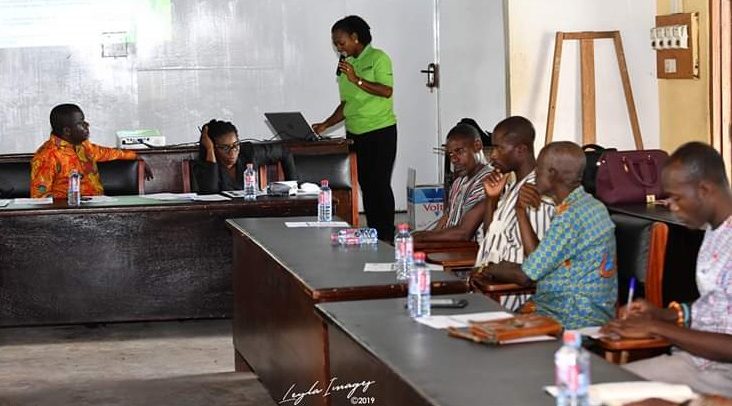 THE Lower Manya Krobo Municipal Assembly in the Eastern Region has signed a memorandum of understanding (MoU) with a non-governmental organization (NGO), Growth Aid, for the construction of nine mechanized boreholes for some communities in the area.

The NGO will also repair 10 of the existing damaged boreholes for some eight communities.

Speaking after signing the MoU, the Municipal Chief Executive (MCE) of the area, Simon Kweku Tetteh, expressed appreciation to Growth Aid for coming to the aid of his people who are having problems with water supply.

The MCE entreated all the stakeholders to play an active role in supporting the initiative to provide potable water.

He said the unflinching support of the people would motivate the NGO and other development partners to do more for them.

Rachel Annan, Head of Operations for Growth Aid, who led the team to the signing of the MoU, acknowledged that residents of Tsledom in the middle belt of the Lower Manya Krobo Municipality were in dire need of potable water and they could not look on unconcerned.

She said they were committed to helping the government through the assembly in the development of the municipality.

I Still Rehearse Roles In My Mirror - Yvonne Okoro