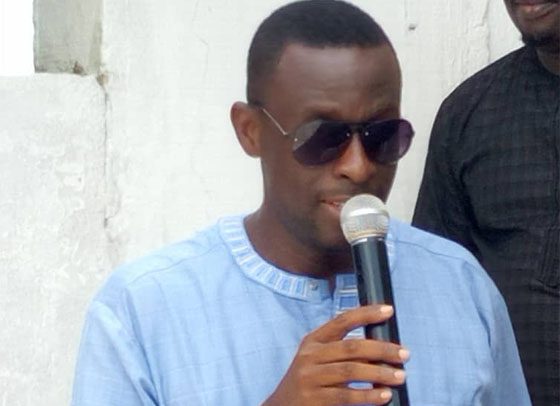 The Western Regional Minister, Kwabena Okyere Darko-Mensah, has bemoaned the fact that illegal mining activities, also called galamsey, are still ongoing in certain parts of the region in spite of the government’s effort to curb the menace.

“Galamsey activities have still not stopped in the Tarkwa, Wassa Akropong, Mpohor, Wassa Manso areas of this region to the extent that a galamsey mining pit caved in and killed six operators at Wassa Manso in the Mpohor District last Thursday,” he disclosed.

He, therefore, charged all the metropolitan, municipal and district chief executives (MMDCEs) in the region to ensure that they enforce the by-laws to stop galamsey activities in their respective areas without any further delay.

Mr. Darko-Mensah said the assemblies should rather collaborate with the chiefs, the anti-illegal mining taskforce, the Operation Vanguard team and the Minerals Commission to see to the effective implementation of the community mining scheme in their mining communities, so that there would be responsible and sustainable mining in the country.

He pointed out that the ‘One District One Factory’ secretariat had approved 24 projects to be rolled out in the MMDAs, with major success story being the KEDA Ceramics Factory in the Shama District.

He added that the Free Senior High School (SHS) policy is not only a game-changer so far as advancement of the nation is concerned, but also “an equalising factor in the social setting.”

Mr. Darko-Mensah mentioned that to help ease pressure on the existing facilities due to the increased enrolment, government under the Ghana Education Trust Fund (GETFund) has awarded a total of 28 school projects made up of 11 dormitories, 14 classroom blocks, a dining hall and two toilet facilities across the region.

The minister told the participants that the issue of the kidnapped girls in the Sekondi-Takoradi Metropolis remains a top security priority for the Regional Coordinating Council (RCC).

According to him, but for the kidnapping of the three girls and the attack on the Omanhene of Lower Dixcove, Nana Kwasi Agyemang IX, the security situation in the region would have been described as calm.

“The Regional Security Council (REGSEC) and the security services are, therefore, relentlessly at work to locate the whereabouts of the kidnapped girls and to hopefully re-unite them with their families,” he stated.