A Stitch In Time… 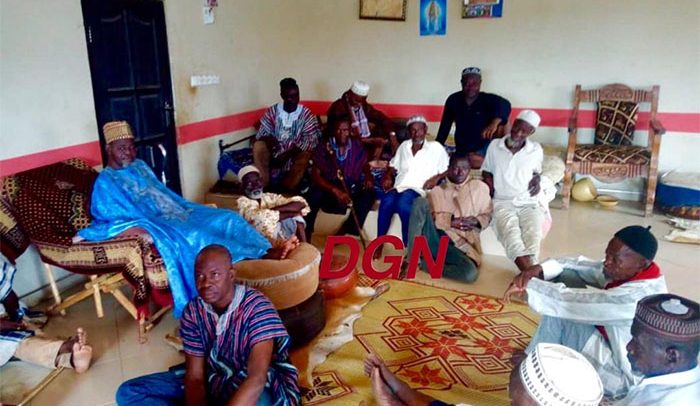 When two ethnic groups are sparring against the backdrop of an attempted movement of 59 assault firearms to their part of the country, it would not be long before clashes occur.

Although the 59 firearms possibly AK 47s destined for the North to the land constituting the bone of contention between the Mamprusis and Gonjas were stopped having been confiscated by state agents in Accra, the danger signals are too glaring to be ignored.

Our editorial is hinged on one of the stories in this edition-Gonja/Mamprusi War Looms- which for us is dangerous.

We have enough experience of the fallouts from ethnic clashes to ignore the danger signals being emitted from our compatriots up North.

With one of the ethnic groups announcing their readiness to fight on land, White Volta and air whatever that means, there is no doubt that the national security apparatus has a full plate.

The issue of the demarcation of boundaries between the two ethnic groups is the origin of the dispute. One of the chiefs has called on government to quickly intervene with an acceptable demarcation so that peace would prevail.

The direct consequence of this is the denial of recognition to the chiefs already enskinned by the other. From the look of things, it would not be long before we report clashes between the youths of the two tribes who have already started sparring.

If so many assault rifles were intercepted and seized, only heavens know how many others passed through the net unnoticed.

There is a deep-seated antagonism between members of the two ethnic groups which must be resolved now before things boil over. We cannot assume that all is well and allow the sparring to continue.

There have been one too many of ethnic clashes especially in the North, the bitter taste of which is still on our tongues‒ the Chokosi and Konkonba engagement readily come to mind.

The many lofty projects such as the dams, factories and others being rolled out would be negatively impacted if we fold our arms and allow issues which can be addressed now to aggravate to notches which would trigger bloodshed.

Developmental projects should be our primary obsession and not how to save money to acquire assault weapons to kill ourselves.

The Overlords of the two main ethnic groups should be engaged to intervene as significant support to the ones from central government to address the burgeoning bloodshed.

We dread a situation where soldiers and police officers would be deployed after fatalities have occurred; economic activities should neither be stalled nor schools shut down because of such avoidable clashes. The cost of deploying security personnel to scenes of clashes is enormous and beyond imagination. The state has financial obligations for the Free SHS project, infrastructural deficit and remunerations to manage, not, of course, avoidable clashes.

We ask that the demarcation of the boundaries, which one of the chiefs has demanded of government, be undertaken now as a matter of urgency.

The police too should be on top of intelligence gathering in the flashpoint, which is what the two ethnic groups are disagreeing over.