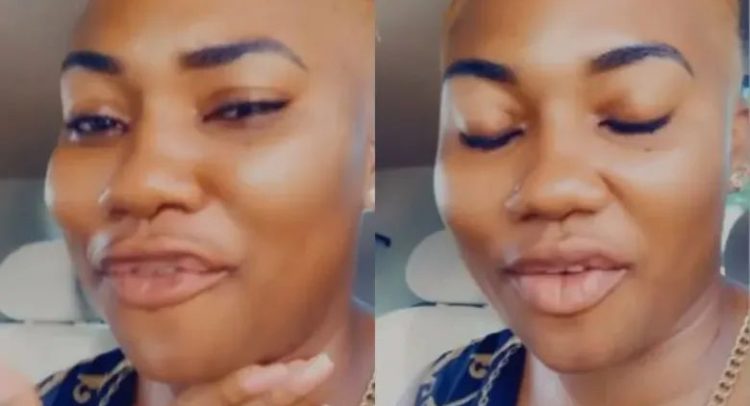 Controversial socialite and mental health advocate, Abena Korkor has updated the list of men who have ever slept with her.

In the latest video in circulation on social media, she mentioned the name of a former Deputy Minister for Food and Agriculture and accused him of sleeping with her.

She alleged that the married Deputy Minister who is also a Member of Parliament for a constituency in the Eastern region with had sex with her at Peduase.

Interestingly she added that he didn’t perform well suggesting his sex was boring.

According to her, he’s now in her DM trying to pay her to keep her mouth shut about their affair.

But Abena says she is not someone who is controlled by money. She kisses and tells, therefore nothing can stop her from doing that.

“What are you doing in my DM Honorable…what do you mean by calling my friend and lying to him that someone sent you to bring me money. You bisected into my legs and had sex with me at Peduase and you didn’t even do it well. All of you I have to take you to school. You didn’t know you were married.

You didn’t know you are Deputy of Minister Agric or what. Can’t you get a lady who will stay quiet …I am not going to keep quiet,” Abena alleged.

Abena has for some time now been exposing men she ever slept with.

Her reason was that sex with her can’t be secret.

Kendrick Lamar In Ghana Ahead Of Album Release