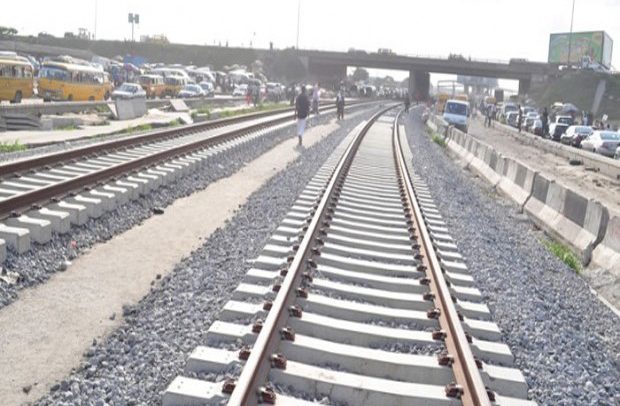 CONTRARY TO recent media reports suggesting that the Accra to Nsawam section of the Eastern Railway line is a newly constructed one, it has turned out that the Accra-Nsawam railway track was constructed between 1910 and 1912.

A recent media report suggested that the Accra-Nsawam line was a new track that had been washed away by floods at Achimota.

However, the construction of the Accra-Nsawam railway line started as far back as 1910 and ended in 1912 when Ghana was still under colonial rule.

Indeed, the Accra-Nsawam railway line was about 110 years old and its construction was carried out by the colonial administration at the time.

Documents from the Ghana Railway Company Limited (GRCL) showed that from 1912, the said track did not undergo any major repair works until May 2018 when the ongoing rehabilitation commenced on the line.

“After obtaining all the procurement approvals, the actual work was scheduled to commence on May 21, 2018. However, this delayed until early July 2018 due to the late arrival of some of the earth moving equipment and the treated wooden sleepers to be used. On January 1, 2019 a locomotive was able to travel on the railway line from Accra to Nsawam, successfully,” it stated.

The Accra-Nsawam railway line is a narrow gauge with wooden sleepers. However, all newly constructed railway lines under President Nana Akufo-Addo’s administration were standard gauge.

Also, the sleepers for all newly constructed lines are concrete and not wooden as was the case with the Accra-Nsawam line.

The Accra-Nsawam railway line stretches a distance of about 40km and is part of the Eastern Railway line.

It has been used purposely for passenger rail services for the past 10 years, providing transport services.

In July 2017, according to the Ghana Railway Company Limited, it became necessary that the railway line from Accra to Nsawam should be examined due to its deteriorating state, which made it unsafe for commuters.

As a result, the Ministry of Railways Development (MoRD) constituted a team of experts to thoroughly examine the condition and state of the rail line and rolling stock, GRCL says.

“A decision was taken by the MoRD after the team of experts submitted their findings to the minister, which subsequently led to the closure of the line from Accra to Nsawam to allow for a complete track rehabilitation,” according to GRCL.

GRCL says another factor that led to the delay in completion of the rehabilitation works was erosion.

“This was caused by increase settlements which resulted to an increase in the volume of the runoff water from said settlements that led to major erosion at sections along the railway line,” GRCL pointed out in a statement.

“Poor drainage systems at these settlements also led to redirection of huge volumes of runoff water from these settlements to the railway track resulting in big pockets of erosion to track formation,” according to the Railway Company.

Meanwhile, the Ghana Railway Company Limited indicated the construction of catch drains to reduce the volume and speed of water being redirected to the track from upper areas at Pokuase to prevent erosions and flooding.

“To effect the track rehabilitation, 23,000 treated wooden sleepers and 50,000 cubic meters of ballast were procured and used on the line during the project,” it stated.