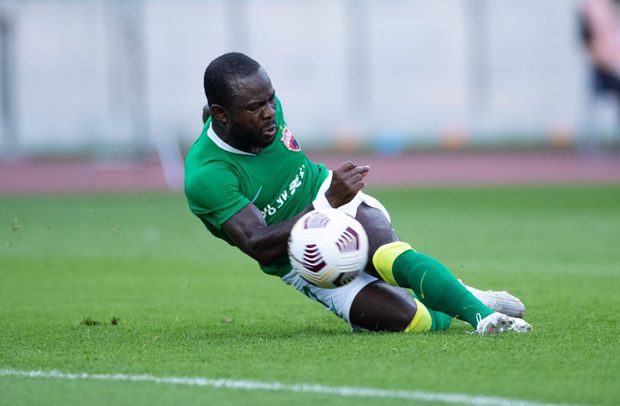 The former Anderlecht forward, who started the game together with compatriot  Mubarak Wakaso, struck in the 36th minute to give his side a 2-0 lead after Yuan Zhang had opened the scoring.

He credited his team mates for his stellar performance saying, “It has been a team work effort, we played well as a team and hoping to continue. We will keep fighting.”

Both Achempong and Wakaso lasted the full duration of the game.