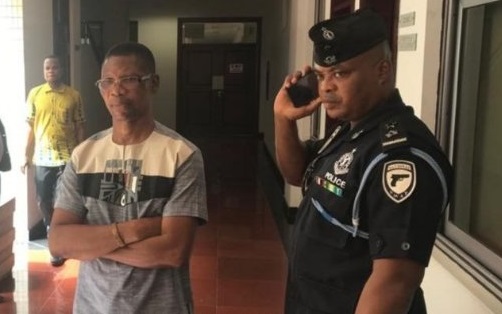 ACP/Dr. Benjamin Agordzo, who is facing a charge of abetment of treason felony, was yesterday granted GH¢500,000 self-recognizance bail by an Accra High Court.

The embattled top police officer is alleged to have aided a group of persons that were planning to overthrow the New Patriotic Party (NPP) government.

Although the prosecution opposed the grant of bail, the court presided over by Justice Charles Ekow Baiden held that counsel for ACP Agordzo was able to convince the court that his client would not interfere with investigations or abscond from the trial when granted bail.

That was the second time ACP Agordzo was applying for bail as an earlier application was dismissed by another Accra High Court presided over by Justice George Buadi who had described the move as premature.

Martin Kpebu, counsel for the police officer moving the application, had said that the accused person’s utterances for which he was arrested were things he had already said on many public platforms in the performance of his duties.

He said his client is a ‘decorated’ police officer who knows the effects of an overthrow of a government and would not in any way assist anyone to carry out one.

He told the court that the prosecution had indicated that they were done with investigations and based on that urged the court to grant him bail pending the trial.

The prosecution, led by Hilda Craig, opposed the application, saying although the police had concluded some investigations and the case docket sent to the Office of the Attorney General, there could be the need for further investigations.

She said the senior officer could interfere with witnesses who are police officers and take direct orders from him.

She said the conduct of the accused person also showed that he may not obey the order of the court when granted bail, citing an alleged confrontation between ACP Agordzo and some police officers who were acting on a court order to confiscate his gadgets for investigations.

In his ruling, Justice Baiden held that the prosecution could not convince the court that ACP Agordzo is capable of escaping from trial if he was granted bail and also could not prove that he was going to interfere with investigation.

The judge said the accused person was to present eight persons with a total of nine landed properties as justification for the grant of bail.

ACP Agordzo was granted GH¢500,000 self recognizance bail. He was ordered to report to the Inspector General of Police (IGP) or his representative in writing for that purpose twice every week for three months after which he is to report there once a week.

He was also ordered to report to the Director General of the Bureau of National Investigations (BNI) or his representative twice a week for three months and once a week after that.

ACP Agordzo was also ordered to submit his passport to the court registrar.