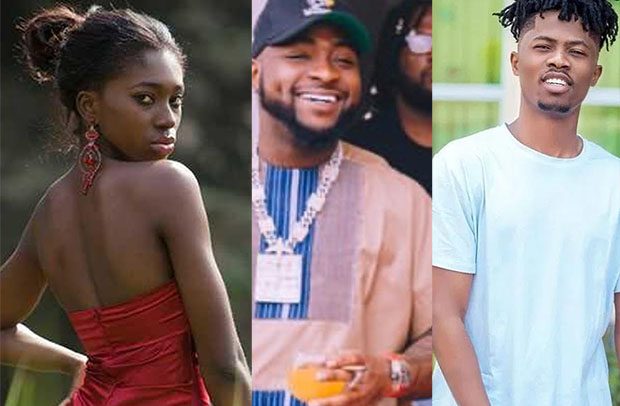 The one time Miss Malaika participant, who acted in movies including Shirley Frimpong-Manso’s directed Devil In The Detail, has alleged that her images were used in a music video by the three artistes without her permission.

The video in question is for a song titled ‘All Over You’ by Wale Kwame featuring Davido and Kwesi Arthur.

The song was originally released in June 2019. Ama subsequently appeared a couple of times in the song’s video during Kwesi Arthur’s verse in the song.

However, the graduate of Theater Arts with History at University of Ghana says she was never on set for the music video shoot.

“Welcome to Ghana. Where I was featured in a whole music video featuring Davido without my knowledge!!! E go (it will be) over you sef (self). How do ppl (people) think,” she tweeted over the weekend.

Her incident adds to the many copyright infringement cases that bedeviled Ghana’s showbiz industry in recent times.