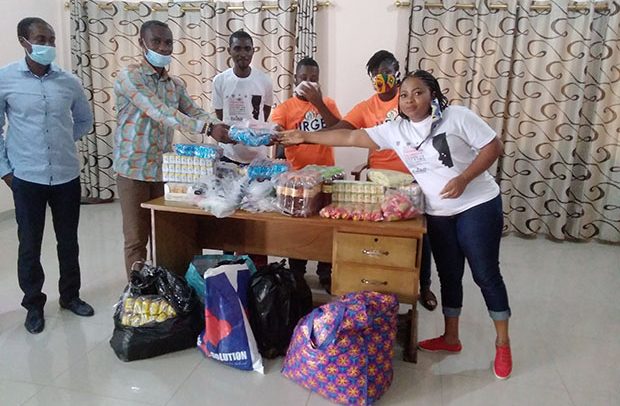 THE District Chief Executive of Upper West Akim Assembly in the Eastern Region, Eugene Sackey, has said they are intensifying their effort in the fight against the spread of the Covid-19 pandemic.

According to him, the outbreak of the disease has forced the assembly to adopt preventive measures to stem the tide and they are unrelenting in the effort.

“Following the outbreak of the virus, the assembly has come out with a lot of measures by placing Veronica buckets at vantage points. In fact, our major challenge was the Adeiso Market because of congestion, but we have been able to create two additional market centres for them so that they can observe social distancing,” he said.

He made the statement when an NGO, Emehill Transformation, made donations to the assembly to support the Covid-19 fight.

Mr. Sackey expressed gratitude to the NGO for their kind gesture in these difficult times and reiterated readiness to help the assembly kick out Covid-19.

Mr. Sackey said that since nearby areas like Asamankese and Nsawam recorded cases, they had mounted barriers at various entry points so that anyone who entered would be scrutinized properly.

Charity Emehill Bartels, founder of Emehill Transformation, said that a lot of children appeared to have been left out in the Covid-19 education narrative and said things must change.