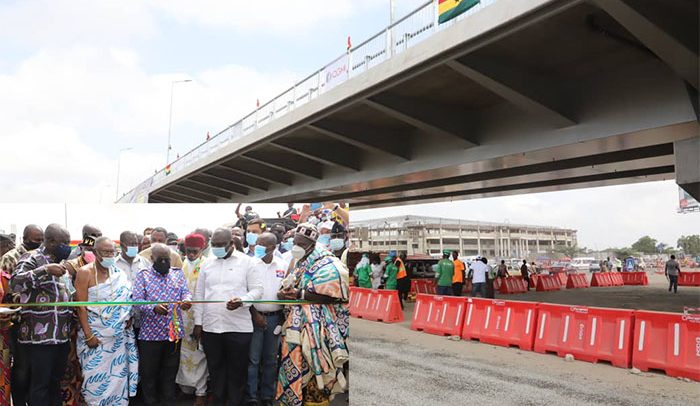 President Akufo-Addo begun the last lap of his campaign tour of the Greater Accra region today with the commissioning of the first phase of the construction of the Obestebi-Lamptey intercharge.

The project was completed five months ahead of schedule.

Speaking at a short but colourful ceremony President Akufo-Addo thanked the contractors and prayed that they would do so for the second phase.

For him, the completion of the project is indicative of the seriousness his government attaches to its commitments.

As part of the Ministry of Roads and Highways’ strategies to address urban congestion, there are progracountry.

Under this programme, the Obetsebi Lamptey Roundabout is to be developed into a three tier interchange to reduce congestion being experienced by commuters. 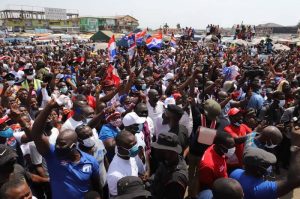 This was also necessitated by the huge vehicular volumes approaching the roundabout due to the construction of the Ring Road Flyover.

The project commenced in October 2019 with a sod cutting ceremony for completion in 18 calendar months but has been completed five months ahead of schedule.

Phase I involved the construction of a 550m viaduct and ramps between Graphic Road and Dr. Busia Highway (Kaneshie Mallam Road).

Under the project, a 2 No. (5.5 x 2)m box culvert across the Graphic Road and storm drain of similar size was constructed up to the Ring Road West Carriageway. 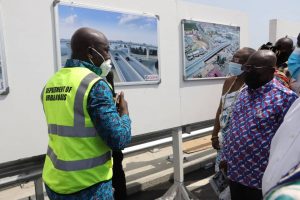 This storm drain shall be continued up to Mpamprom Junction under Phase II of the project.

The storm drainage system is to help address the flooding challenges being experienced at Obetsebi Lamptey.

Also under the Phase II, the 3rd tier of the interchange which would be on the Ring Road West (Awudome to Central Mosque at Abbosey Okai) would be constructed.

It is include the widening of the Ring Road West (from Awudome Junction to Obetsebi Lamptey Interchange) into a 2 x 3 dual carriageway.

Phase I was executed by Messrs QGMI Construcciones E Infraestructuras Globales S.L.U with Messrs FAS Consult Ltd. as the Engineer’s Representative. The Department of Urban Roads was the agency under MRH responsible for the project.

Let Them Not Dare