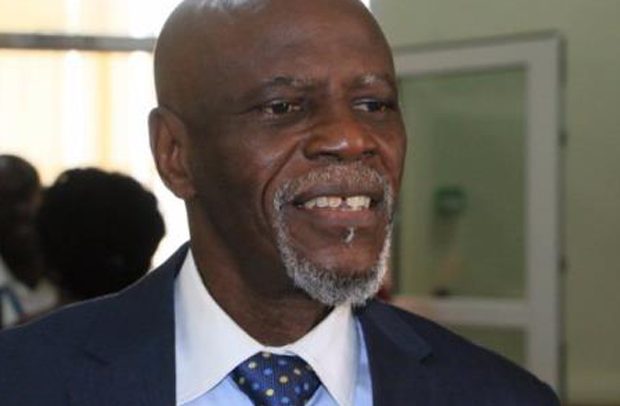 Akoto Ampaw, lead counsel of President Nana Nana Addo Dankwa Akufo-Addo in the 2020 election petition case is now representing Oliver Mawuse Barke-Vanmawor, one of the darling boys of former President John Dramani Mahama, in the treason case.
Oliver who has vowed to remove the Akufo-Addo government has hired Mr Akoto-Ampaw of Akufo-Addo chambers to rescue him from going to jail.

On Monday, February 14, 2022, Lawyer Akoto- Ampaw made a surprise appearance for the supposed coupist at the Ashaiman District Court to defend the leading member of the #FixTheCountry Movement.

The lawyer, specialised in constitutional matters today pour out his techniques and ability by quoting articles in the 1992 Constitution supporting specifically human rights matters to secure bail for the suspect but he was denied.

However, Oliver Barke-Vanmawor was remanded into police custody for two-week upon the request of Prosecution led by Deputy Superintendent of Police (DSP) Sylvester Asare.

Mr Barker-Vormawor had written on his wall that he will personally lead a coup d’etat in Ghana if the Electronic Transfer Levy, popularly known as e-levy, which appears to have divided the nation, is passed by Parliament.

He was out of jurisdiction when he penned the comments.

The #FixTheCountry covenor was, therefore, immediately picked up at the Kotoka International Airport (KIA) when he disembarked from the TAP Air Portugal flight TP 1527 he had boarded from Lisbon.

He is said to have staged hunger strike while in police custody.

The magistrate Eleanor Barnes-Botchwey denied the accused person bail due to the nature of the offence.

The court explained that it does not have the jurisdiction to grant him bail, directing access to his family and lawyer between 10am and 4pm each day for the next two weeks.

The court therefore directed the counsel to apply for bail for the accused at the High or Human Rights court.

Ritual Killings Was There Before Nollywood – Yul Edochie