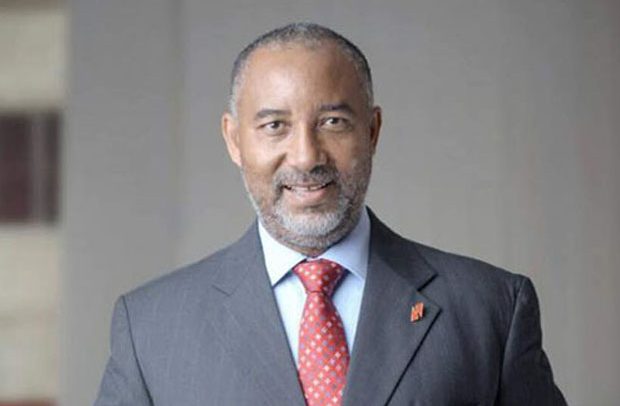 The two had executed the bail bond for Ms. Attionu who was dragged before the court for charges of stealing and causing financial loss to the state.

Ms. Attionu and Daniel Axim are facing 78 counts of charges including conspiracy to steal, stealing, unauthorised commitment resulting in a financial obligation for the government, improper payment, money laundering and contravention of the Public Procurement Act.

The prosecution had called seven witnesses, and counsel for Daniel Axim was left with one hour to complete his cross-examination for the prosecution to close its case.

Ms. Attionu’s lawyer however, sent a letter to the court asking it to release her passport for her to travel for medical check-up, and the court, presided over by Justice Afia Serwah Asare Botwe, granted the request and ordered her to return to court on October 5, 2021.

She, however, failed to do so, and the court issued a warrant for her arrest and subsequently adjourned the matter to November 16, 2021. She has still not returned to stand trial.

The prosecution therefore, filed two applications; one asking the court to forfeit the bail bond and make the sureties pay the amount, and the other was urging the court for an order to hold the trial in absentia.

Th court on October 18, 2022, concluded that the accused had absconded following her failure to return to Ghana to stand trial, and subsequently ordered the sureties to produce the accused or face the consequences.

The court, presided over by Justice Afia Serwah Asare-Botwe, a Court of Appeal judge sitting as an additional High Court judge had given the sureties multiple opportunities to produce the accused who had absconded.

Agbesi Dzakpasu, counsel for Ms. Attionu on January 16, 2023, filed a letter purporting to emanate from the doctor attending to the accused in the United States, but the court said the letter had a problem as it was directed to one Dr. Felix Sarpong at the Lister Hospital and the letter was not notarised.

The letter was withdrawn and was later notarised and attached to two applications which were filed before the court.

Mr. Mould also filed before the court two letters – one from the US-based doctor and another from Dr. Sarpong.

Dr. Sarpong, explaining the letter from the US, said apart from the spinal issue, Ms. Attionu has eye issues and will need at least three months and another six months for another medical condition.

The court, in delivering its ruling on application for forfeiture of bail bond filed by the Office of the Attorney General, held that it was “outrageous” for it to have stayed the trial for 16 months since the accused travelled to the United States for the medical checkup.

“I have taken a close look at the letter but there is nothing in the letter saying she is incapable of travelling or she is not fit to stand trial, and there is nothing from Dr. Sarpong telling us that whatever she is doing in the US is not something that can be done in Ghana,” Justice Asare-Botwe stated in her ruling.

She continued that it appears Ms. Attionu’s case is comparable to a case of someone who has chosen to stay in the US for some medical tour reasons.

“The entire 16 months delay or more is more than enough time given, and I don’t think anyone who is fair will complain about 16 month delay,” she added.

The court, therefore, ordered the two to pay the bail sum of GH¢5 million to the state.

Meanwhile, the court has adjourned the case to February 7, 2023 to decide on whether to hold the trial in the absence of Ms. Attionu. This is to give her lawyer an opportunity to file an affidavit in response to that of the prosecution.