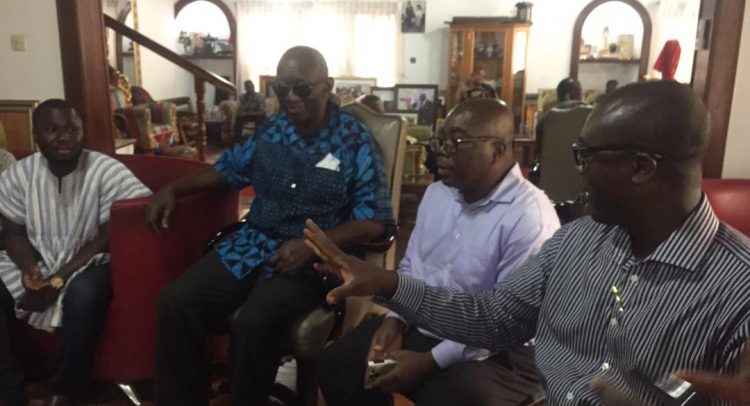 Former President John Agyekum Kufuor has urged the opposition National Democratic Congress (NDC) and its allied parties campaigning against the decision by the Electoral Commission (EC) to compile a new voters’ register to allow the commission to carry out its constitutional mandate in peace.

According to him, the various political parties and stakeholders who feel aggrieved by the decision of the commission should “take out militancy” in expressing their disapproval for a new register.

He encouraged them to seek constitutional processes through a court of law to test the powers of the commission to compile a new register, without resorting to violence.

Mr. Kufuor was speaking at his Airport Residential residence on Wednesday when members of the Mass Action Committee, who have been campaigning for a new register, called on him.

“Not until we have amended the constitution, we should accept the independence and authority of the Electoral Commission to do its work,” he said.

According to the former President, the commission should be allowed to do its work because the constitution grants it an independent power to do so.

The committee called on him to inform him that it had interrogated the issues and had come to the conclusion that “there is the urgent need for a new register”.

The Executive Secretary of the Mass Action Committee, Atik Mohammed, told the former President that the committee was in support of a new register being compiled and would help the commission to educate the public on the new register.

He said, “So your Excellency we are here to tell you that the Electoral Commission has a case.”

He appealed to the former leader to encourage Ghanaians to register when the exercise finally commences in April 2020.