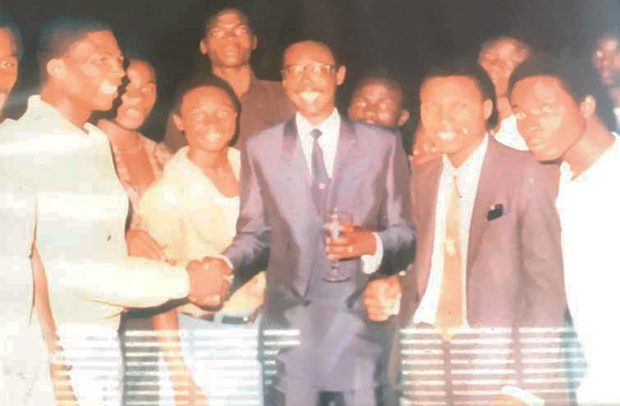 It was with great sadness that on June 30, 2020 I learnt of the sudden demise of one of my top talented boxers, Alfred ‘Cobra’ Kotey during my tenure as President of the then Ghana Amateur Boxing Association

I am so touched by his passing which sad event is reported to have occurred in New York City, US, where he was receiving medical treatment.

Lot of us on the boxing circuit thought Alfred could go right to the top in his division, which he did. He was like a son to me; he was a likeable, cheerful and respectful young man who everyone loved.

Alfred got hooked to boxing at a very tender age and regularly trained at the Akotoku Academy gym in Bukom and together with Ike Quartey formed the Whiz kids of Ghana Boxing and  both were selected to join the National Boxing Team, Black Bombers.

Quickly emerging as one to keep an eye on, he compiled a 35 – 4 amateur record, and despite the relatively few bouts, he accomplished a lot, representing his country all over the world and reaching the quarter finals of the 1988 Seoul-Olympics as a flyweight.

As is often the case with top amateurs, he decided to go professional after returning from the Olympics, and had his first paid bout on November 26, 1988, sharing the undercard of a show at the Orion Cinema Hall in Accra with Olympic teammate and fellow debutant, Ike Quartey.

He was nicknamed ‘the Cobra’, and indeed, in his heyday, he could instil terror in anybody he came across with his speed and accurate punches. He was on a fast-track with ambitions to reach championship level in quick time. His professional boxing career reached its pinnacle in the late 1980s and early 1990s.

At 26 years old and probably at his peak, Kotey put on an excellent display, and became a World Champion by out-boxing the Puerto Rican, Rafael Del Valle. He really left no doubt, and won by unanimous decision.

Now based in the United States, Kotey made title defenses against the Mexican, Armando Castro and British Champion, Drew Docherty, before losing his world title on points to former World Super Bantamweight ruler, Daniel Jimenez, on October of 1995.

After losing his bantamweight world title, I negotiated with the late Jose Sulaiman, then President of WBC, and Kotey was given a shot at the vacant WBC Super Bantamweight title. Less than seven weeks later, he was back in the ring in London ready to launch his assault on a new weight division, Super Bantamweight.

At York Hall in Bethnal Green, London, together with the WBC President, late Jose Sulaiman, I witnessed with joy from ringside when he captured the vacant WBC International title, out-scoring two-time world title-challenger Freddy Cruz.

Alfred Kotey did not only have the passion for the sport but he showed a lot of discipline, dedication and commitment. His commitment saw him grow in the sport and this was envisaged by his results when he joined the paid ranks. He was a genuine role model.

Kotey achieved so much in his career. He held the Commonwealth, WBO, WBC International and WBF Intercontinental titles, and fought against some of the biggest names of his era; this is an enviable record

He was a credit to us in the boxing fraternity, he would fight a lion if he had to with no fear, but he was brought up to be polite and respectful and that had been reflected by the amount of tribute pouring in to him. I am sad that we have lost him at such a stage as we have very few boxing trainers and coaches now in the country.

He still had a lot to give to the country and the world of boxing. It is a tragedy for his family, friends and the entire boxing fraternity that such a talent had been lost at such a young age.

Fare thee well, the Cobra, you were an exemplary sportsperson and source of inspiration who demonstrated the power of human spirit and determination. I am very proud of your achievements and hope that others can feel inspired by your boxing journey.