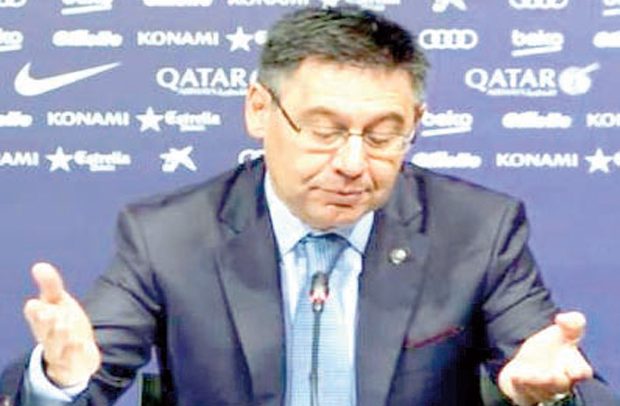 After a 1– 0 victory over Athletic Bilbao on Sunday, courtesy of a Sergio Ramos penalty which was awarded in the 76th minute via VAR, Zinedine Zidane’s side are now four points ahead of Barcelona with four games to go.

Referee Jose Gonzalez Gonzalez awarded a penalty for Dani Garcia’s foul on Marcelo after consulting the pitch-side monitor, before failing to award a penalty when Ramos caught Garcia at the other end moments later; and it was those decisions which were the subject of Bartomeu’s frustration.

“I watched San Mames match until almost the end of the second half,” Bartomeu said after Barcelona’s 4 – 1 victory against Villarreal on Sunday night.

“I feel bad because we have the best league in the world and VAR after coronavirus is not fair. It has changed some results and always favours the same team.”

Madrid’s victory on Sunday was not the first time since the restart that Zidane’s side had been aided by the intervention of the video technology.

In a 2 – 1 victory against Real Sociedad on June 21, Madrid were awarded a penalty via VAR and had three controversial decisions all going their way.