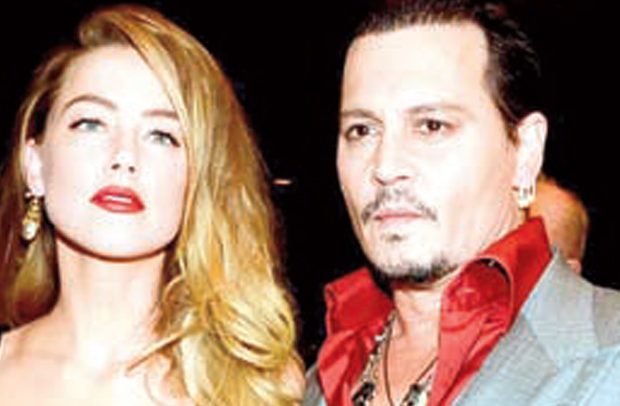 In June, a US jury found Amber Heard defamed her ex-husband, Johnny Depp, with an article in which she claimed she was a victim of domestic abuse.

Her team have now asked for the jury’s verdict to be reversed, or for a new trial entirely.

But she is now arguing the trial was held in the wrong state and also objected to the judge’s decision to exclude certain pieces of evidence, including notes from therapists documenting allegations of abuse.

In a lengthy written document, obtained by Deadline, her lawyers argued: “That holding, if allowed to stand, undoubtedly will have a chilling effect on other women who wish to speak about abuse involving powerful men.”

The actress’s team went on to note the previous unsuccessful libel suit the ‘Pirates of the Caribbean’ star brought against The Sun newspaper in 2018, for calling him a “wife-beater” in print. Suggesting the subsequent, separate US libel case “should never have gone to trial” because “another court had already concluded that Depp abused Heard on multiple occasions”.

“After Depp filed this case, the United Kingdom High Court of Justice [the High Court of England and Wales sitting at the Royal Courts of Justice] ruled in a separate defamation action brought by Depp that Heard’s abuse allegations were true,” they said.

The move comes a month after Mr. Depp filed his own formal appeal against some of the verdict of the case. His representatives declined to comment on Heard’s appeal.

The ‘Rum Diary’ co-stars, who divorced in 2017, presented conflicting versions of their doomed relationship in the trial.

Over six weeks, the court in Fairfax, Virginia, heard tawdry details of Mr. Depp and Ms. Heard’s tempestuous marriage, and its unhappy ending.

Polls suggested many Americans were more interested in the legal drama than the war in Ukraine or a potentially historic ruling on abortion expected any day from the US Supreme Court.

Coverage of the trial – which was televised and livestreamed – hit billions of views on social media.