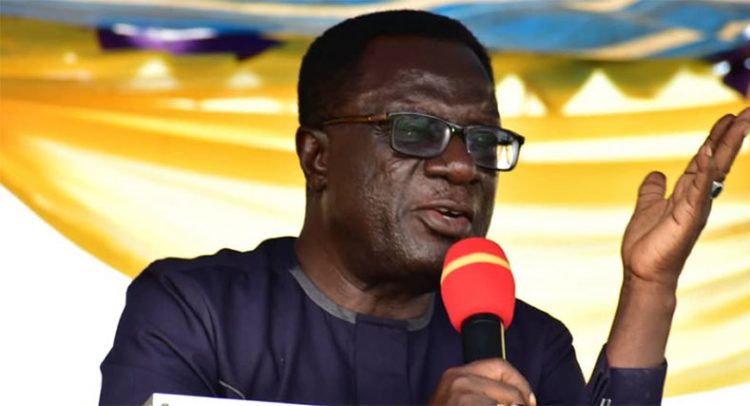 FORMER EDUCATION Minister in the John Kufuor administration, Professor Christopher Ameyaw-Akumfi, has been appointed by President Akufo-Addo as the board chairman for the Public Procurement Authority (PPA).

He takes over from Professor Douglas Boateng, who chaired the nine-member PPA Board during the first term administration of President Akufo-Addo between January 2017 and January 2021.

According to the Auditor General’s report released for the period ending 31st December 2020, the state lost GH¢846,134,269, to procurement irregularities.

These irregularities the Auditor General says occurred as a result of managements’ non-compliance with the provisions of the Public Procurement Act 2003, (Act 663).

Ameyaw-Akumfi in his new role is expected to join forces with the acting Chief Executive Officer of the PPA, Frank Mante, and the rest of the management team to first ensure that state institutions adhere to the recommendation of the Auditor General.

Professor Christopher Ameyaw-Akumfi was born on 21 August, 1945 at Techiman in the Brong Ahafo Region. He attended the Adisadel College in Cape-Coast for his GCE O’ and A’ Levels before entering the University of Ghana in 1965 obtaining a B.Sc. Hons in Zoology in 1969. He pursued his Masters in Zoology at the same University and completed the course in a year in 1970.

He left the shores of Ghana for the United States specifically, the University of Michigan in 1972 where he spent four years studying for MS in Zoology and a Ph.D. in Zoology.

Until his appointment as the Minister of Education in the Kufuor government, he was the Director-General of the Ghana Education Service. He was the Dean at the Faculty of Science, University of Cape Coast and Policy Adviser to the Ministry of Education.