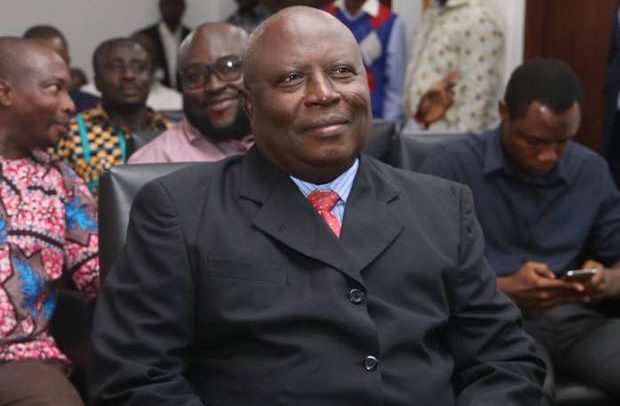 The suit challenging the appointment of Martin A.B.K. Amidu as Special Prosecutor by President Akufo-Addo is lingering following the decision of the Supreme Court to adjourn proceedings sine die.

The court yesterday ordered the Office of the Attorney General and NDC Member of Parliament (MP) for Bolgatanga, Dr. Dominic Ayine, who is challenging Mr. Amidu’s appointment based on age, to file further legal arguments within three weeks.

The order of the court follows the filing of the memorandum of issues by both parties in the case as directed by the court in February.

Tony Lithur, counsel for Dr. Ayine, told the court that he met the Deputy Attorney General Godfred Yeboah Dame and they agreed on the issues to consider and subsequently filed the memorandum of issues.

He, therefore, prayed the court for directions on the way forward.

The case was adjourned ‘sine die,’ but DAILY GUIDE understands that once the parties follow the court’s order, they could go for date for judgment.

The NDC MP, who is a former Deputy Attorney General under the previous Mahama administration, is seeking reliefs, including “a declaration that by a true and proper interpretation of Articles 190 (1) (d), 199 (1) (4) and 295 of the 1992 Constitution, the age requirement for all holders of public offices created pursuant to Article 190 (1) (d), is 60 years, anyhow not beyond 65 years.”

The Attorney General’s Office, in its response to the suit, prayed the Supreme Court to dismiss the suit, saying the “suit is being borne out of narrow, inadequate and literal construction of the scope of the application of Article 199 of the Constitution.”

He averred that “Mr. Amidu is not a proper party to the suit, as the action seeks to challenge the Attorney General’s decision to nominate Mr. Amidu as the Special Prosecutor, as well as his presentation by the President to Parliament to approve”.

He stated that the decision to appoint Mr. Amidu was taken in the course of the official duties of the President and AG and Mr. Amidu can therefore not be a party to the suit.

He prayed the court to dismiss the suit.

The apex court agreed with the Deputy AG and subsequently struck out the name of Mr. Amidu as defendant in the suit.