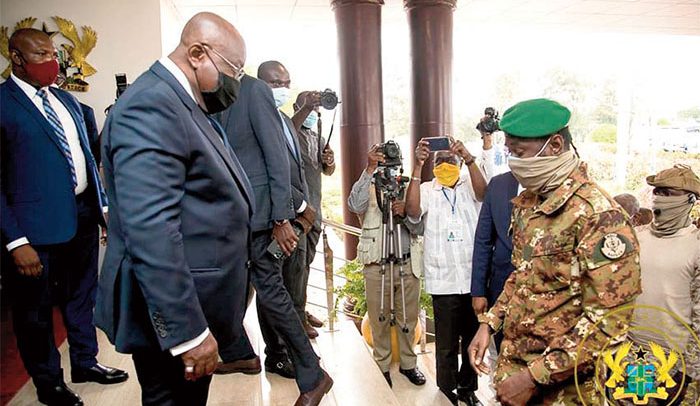 Military adventurism should never under any circumstance be acceptable. Toppling a democratically constituted government is anything but acceptable and appropriate.

We do not know when seizure of power can be justified but should the military find itself at the helm of the political order as it happened ignominiously in Mali it should be very brief.

The story of the metamorphosing of juntas into political parties and the consequences thereof are still fresh in our memories.

The Malian story should not be encouraged because the perpetrators acted criminally.

The Malian soldiers have not been able to convince the world about the genuineness of their action.

Of course, the civilian administration became so unpopular that things had started to fall apart in the West African country. But when have soldiers ever fixed issues of the economy and democracy in any coup endemic country?

There can only be a justification for a truncation of a civilian/democratic order only when such aberration is required to safeguard the territorial integrity of the country. Even then this should be brief. We wonder whether this justification can even pass muster anyway.

The military serves the need of an elected government and for that matter the state. When, however, soldiers turn against the state as in the case of a putsch of coup d’état, a treasonable offence has been committed for which the sanction in any dispensation is the ultimate, death by firing squad.

What occurred recently in Mali is despicable, and we stand shoulder-to-shoulder with the leadership of the Economic Community of West African States (ECOWAS) in condemning the unwarranted ‘stealing’ of power by the soldiers.

We noted with admiration and encouragement the hard stance of the economic bloc on the coup-makers.

Soldiers who breach military and civilian laws by overthrowing a government headed by the Commander-in-Chief lose immediately the respect exuded by the uniform. It is an action which is repugnant to the values the military stand for.

We would rather ECOWAS tightens the noose around the neck of the coup-makers. We do not see them as exhibiting signs of willingness to return to barracks anytime soon.

Military adventurism at this time of the political development of both Anglophone and Francophone West Africa should not be entertained under any circumstance because not only has it become antiquated it is also criminal with no place in today’s modern world.

The consequence of not taking such a hard stance against the coup-makers can spell dire consequences for the sub-region, something we cannot afford at this time of our growth.

ECOWAS should be dealing with better options such as the improvement of trans-sub-regional trade and transport and not managing the nonsense of disgruntled coup-makers.

Anybody who by their remarks or reception gives any support direct or indirect to the Malian coup-makers should be sneered at.

Leaders who give cause for military adventurists to steal power through their abuse of the Constitution should also be condemned.

ECOWAS would not be interfering in the internal affairs of member countries when it demands adherence to the tenets of the constitutions in especially the subject of tenure of office.