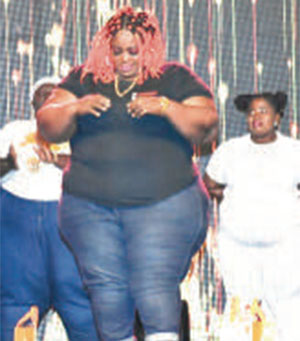 She beat off competition from 19 finalists and emerged winner with her dance skills and votes during the grand finale of the show held at the Fantasy Dome, Trade Fair in Accra on December 27, 2021.

Anny was given a brand new Suzuki Swift and a cash prize of GH¢5,000 in addition to special packages from all the sponsors.

For her prize, DK was given a mini truck (Abossey Okai Macho), a cash prize of GH¢4,000 and goodies from the sponsors of the show.

The second runner-up, Veronica Borteye, took home a tricycle (Aboboyaa), a cash prize of GH¢3,000 as well as souvenirs from the sponsors.

Speaking on behalf of the Executive Chairman, Elder Nana Amo Tobbin I, Head of Corporate Affairs of Tobinco Group, Albert Dwumfour, said the competition will be more exciting this year.

According to him, there will be two Di Asa competitions this year.

Di Asa is a dance reality TV show for plus size women doing micro businesses. The concept is designed to entertain, empower and project plus size women in a fun-filled environment, keeping the family unwind after a hard day’s work.

The queens have the opportunity to work with renowned companies in Ghana. They are taught financial management skills and how to live a healthy lifestyle.

Auditions took place in the 16 regional capitals to select the best dancers for 2021. Di Asa has a viewership strength of 3.5 million on TV as well as huge following on social media.

Since its inception, Di Asa has won a number of successes including the 2017 RTP Reality Show of the Year and the 2018 GJA TV Programme.

Thousands Attend 'Made In Taadi' Concert