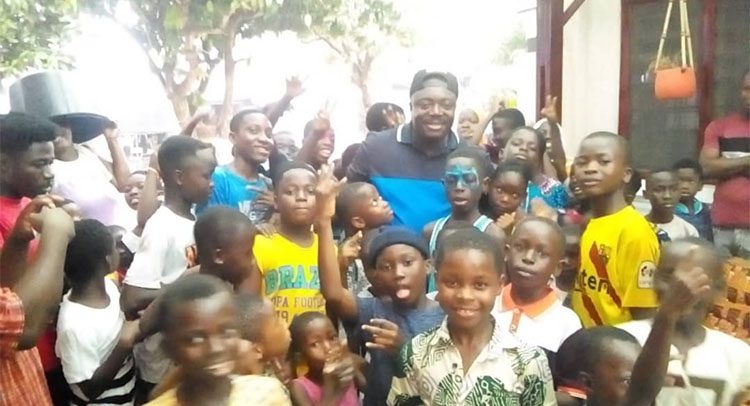 The Akyempimhene of the Suhum Traditional Area in the Eastern Region, Nana Amoako Darko, has organised a get-together for over 1,000 residents in the area.

The chief also donated a package of items such as bags of rice, sugar, clothes, assorted drinks, adult diapers, among others to the nursing mothers, the aged, widows, orphans, and the less privileged in the Suhum Municipality.

He later distributed educational materials such as branded exercise books and pens to the students at the event.

Nana Amoako Darko noted that when he was installed as chief, one of his social responsibilities was to give back to society. He entreated all to develop the act of giving.

He, however, appealed to the residents to rally behind the government to succeed so they can also benefit from the national cake.

In his New Year message to the children, he called on parents to rally behind the government in the fight against child trafficking, child marriage, and child sexual abuse.

He also advised them to take their studies seriously and stop all deviant behaviours.