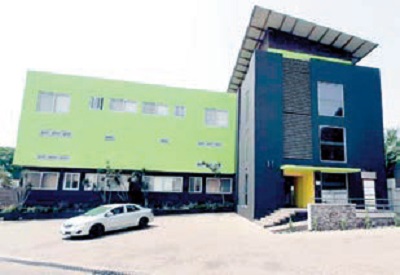 THE COURT of Appeal has set aside the decision by an Accra High Court to strike out criminal charges preferred against Mary Coleman-Paitto, a claimant in a property at Ringway Estates, thereby paving way for the continuation of the case.

She was put on trial before the High Court for transferring ownership of a building at No. 89, 4th Ringway Estate, Osu, Accra into her name when the original acquirer of the property, the late Kofi Coleman-Paitto, had on August 14, 1991 gifted the building to his second daughter, Philippa Taylor Coleman-Paitto, who has also passed on.

Counsel for the accused person, at the time, had told the High Court that the case was a subject matter of a civil litigation before another court, and therefore prayed the court to truncate the criminal trial.

The High Court, upon hearing that, refused to take the plea of the accused person and subsequently struck out the charges preferred against Mary Coleman-Paitto and discharged her on grounds that, the matter was a civil one pending before another High Court and could not metamorphose into a criminal matter.

The prosecution, not satisfied with the decision of the High Court, went to the Court of Appeal to challenge the decision on grounds that the discharge of the accused person, on the basis of the matter being a civil one, was wrong in law and could not be supported having regard to the nature of the offence and evidence on record.

A three-member panel of the Court of Appeal, presided over by Justice Dennis Adjei, and supported by Justices Philip Bright Mensah and George Koomson, in their unanimous ruling held that the law has never been that where a civil matter is pending, and the act constitutes a criminal matter, criminal action cannot be brought against that person until the civil matter in respect of the same subject matter is resolved.

“The trial High Court Judge took a position which is not backed by any law to strike out the case on the sole ground that there is a civil matter pending in respect of the property, upon which two counts of felony have been preferred against the respondent,” the Court of Appeal ruled.

The court held that the two charges preferred against Mary Coleman-Paitto are second degree felonies and where the state has conducted its fullest independent investigation into the matter and decides to prosecute the accused, the court cannot prevent the state from doing so on grounds that, a civil action in connection with same subject matter is pending in a court between the accused and the complainant.

The appellate court therefore, set aside the decision of the High Court and subsequently recommended to the Chief Justice that the criminal proceeding should be transferred to another High Court differently constituted, to ensure that the matter is heard according to law.

Pressure Mounts On Speaker To Resign