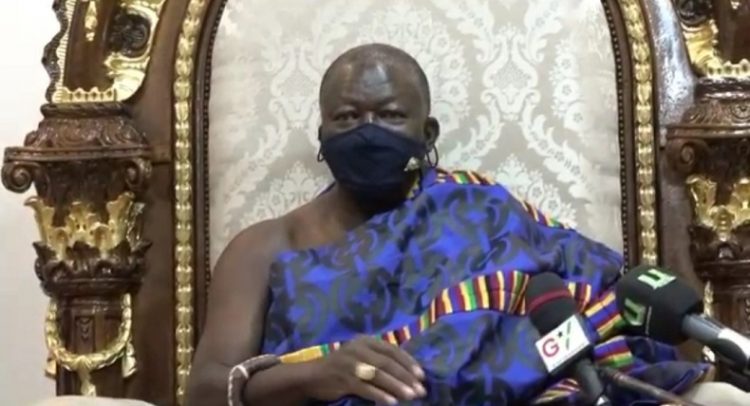 THE ASANTEHENE, Otumfuo Osei Tutu II, has urged the police to quicken investigation and arrest all the culprits of the highway robberies that are lately on the ascendancy in the country.

He particularly charged the police to work hard and find the killers of the Mfantseman MP, Ekow Quansah, lamenting that, highway robberies was a worry to Ghanaians.

The Asantehene was speaking at the Manhyia Palace on Thursday when the Inspector General of Police (IGP), James Oppong-Boanuh, paid a courtesy call on him as part of his visit to the Ashanti Region.

The Asantehene said he had confidence in the competence of the Ghana Police Service (GPS), especially when it came to issues of investigations, so the police should deliver for all to see.

“These days, there have been repeated reports of highway robberies across the country and this is very worrying for me and every Ghanaian. The police should therefore sit up and quickly act appropriately.

“I have strong belief in the competence of the Ghana Police on issues of investigations. You have the best of trainings, therefore I am confident that you can rise up to the occasion,” he indicated.

Otumfuo also said the manner at which hoodlums were freely blocking busy roads and attacking innocent people was not the best so the police should put their house in order.

“Aside taking away money and other precious valuables from their victims, these robbers sometimes shoot and kill their captives; and just recently a Member of Parliament (MP) was also killed by these robbers.

“As I said already, the GPS has the capacity and proper training to deal with such miscreants, who are making life unbearable for people, so deal with them now,” the Asantehene ordered.

According to him, public trust and confidence in the police would be sustained, especially if the police were able to deal with the rising cases of highway robberies once-and-for-all so the police should act now.

The Asantehene also expressed concern about the high influx of small arms in the country nowadays, lamenting that such development was a sign of lack of public trust in the police service.

“I read in a report that small arms are all over Ghana now, and this also is a major issue of concern to me and Ghanaians,” the Asante King, who spoke on a wide range of pressing national issues lamented.

He added “the influx of small arms shows that the public are losing hope in the police so they want to personally protect themselves and this is also another task that the police must work on and ensure peace.”

He particularly admonished the police to deal with anybody that would try to cause troubles and disrupt the upcoming presidential and parliamentary elections so as so protect the peace of the country.

The IGP, on his part, assured Otumfuo that the police would not allow anybody or group to indulge in lawlessness that had the potential of disrupting the national polls.