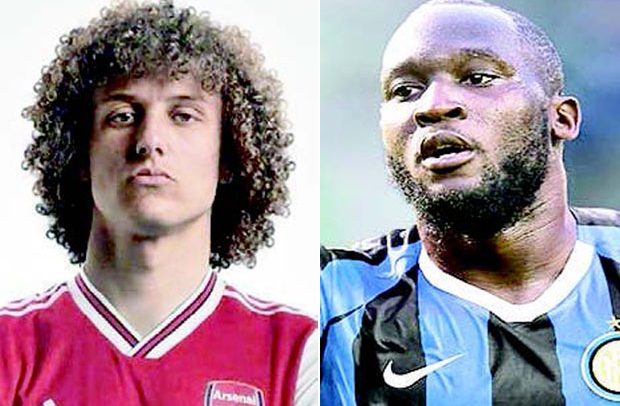 Arsenal have agreed an £8m deal with Chelsea to sign defender David Luiz on a two-year contract.

The 32-year-old Brazil centre-back, who signed a new two-year Chelsea deal in May, had a medical at Arsenal yesterday.

Meanwhile, Inter Milan have reached an agreement with Manchester United to sign striker Romelu Lukaku for a fee that could rise to 80m euros (£74m).

In July, United rejected Inter’s £54m bid for Lukaku, who was fined by the club after missing training on Tuesday.