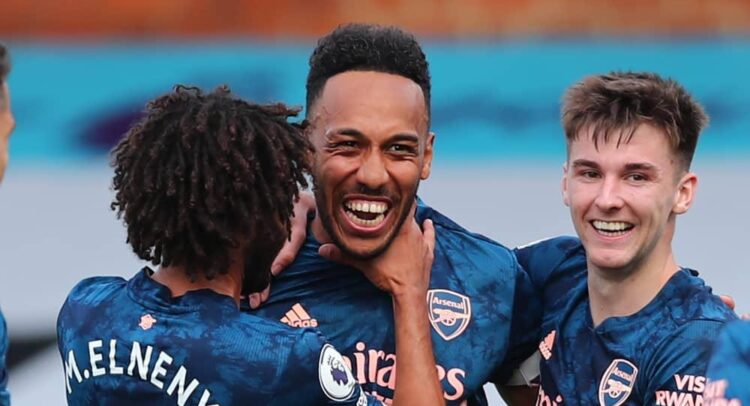 The Gunners defeated Fulham away from home at the Craven Cottage on Saturday, September 12.

The Emirates club maintained a clean sheet as they thrashed Fulham 3-0.

Alexandre Lacazette scored Arsenal and the 2020/2021 season’s first goal in the eighth minute.

Brazilian centre-back, Gabriel scored his debut goal for Mikel Arteta’s Arsenal side in the 49th minute.

And Arsenal’s talisman, Pierre-emerick Aubameyang scored the third goal in the 57th as he superbly curled home a fine pass from Brazilian Willian who made his Arsenal debut on a fantastic note, taking the corner that presented Gabriel’s debut goal.