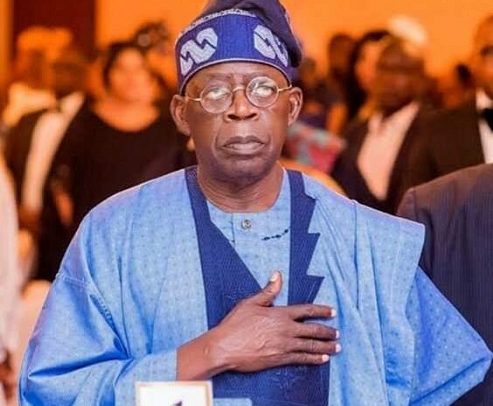 The National Leader of the All Progressives Congress (APC), Asiwaju Bola Tinubu has been declared winner of the party’s presidential primary held from yesterday and spilled to today Wednesday June 8, 2022.

He polled over 1,271 votes to defeat his closest rivals, former Transport Minister, Rotimi Amaechi and Vice President Yemi Osinbajo who both obtained 316 and 235 votes respectively.

They asked their supporters to vote for Tinubu, just as the only female aspirant, Uju Ken-Ohanenye, followed suit.

Pastor Felix Nicholas, the United States of America-based aspirant also stepped down and asked his supporters to vote for Osinbajo.

Interestingly, a candidate, Chukwuemeka Nwajiuba, immediate past Minister of State for Education, was conspicuously missing at the convention.

This primary is to elect the party’s candidate for next year’s election to replace the President, Muhammadu Buhari.

Tinubu will face 75-year-old Atiku Abubakar of the opposition Peoples Democratic Party (PDP) among others in the February 25 presidential election in Nigeria.

In his victory speech, Tinubu promised to fight terrorism and insecurity in the country if elected as the next president in 2023.

He applauded the other 23 aspirants in the race for conducting what he described as a decent campaign, believing that this competition would eventually make the APC stronger.

The former two-term governor of Lagos State described himself as a unifier and the one which the current moment in the country calls for.

According to him, “Nominate me as the party’s presidential candidate for 2023 because am competent and courageous to serve Nigeria, and deliver good governance.”

He believes he had the experience, record of achievements and the ability to deliver good governance if elected as the country’s next president.

According to him, “I have done this in Lagos State as governor for two terms. I humbly ask you to allow me to use these skills and experiences to advance the nation.

“Ours shall be a land where all Nigerians will have an equal chance and no one is excluded because of his ethnic background, religious creed, place of origin or social status, we are all Nigerians.

“By this statement, I seek your help and support to become our party’s nominee and standard-bearer in the coming February 2023 presidential elections.”

Tinubu is of the strong conviction that as an indivisible united country, Nigerians shall overcome the destructive forces attempting to steal the destiny of the nation.

Below is the full result from the election