Ato Forson, 2 Others Get GHc9m Bail 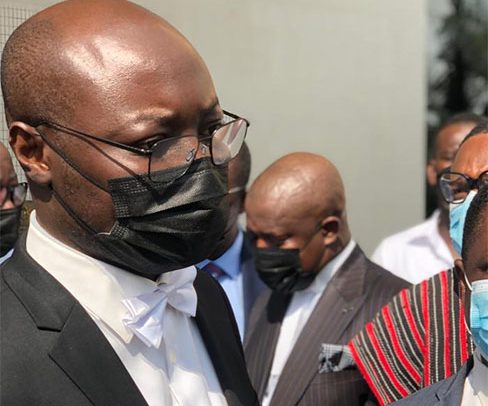 An Accra High Court has granted a total of GHc9 million bail to Dr. Cassiel Ato Forson, a former Deputy Minister of Finance under the John Dramani Mahama administration, and two other persons standing trial for wilfully causing financial loss to the State.

The accused persons who include Sylvester Anemana, a former Chief Director of the Ministry of Health as well as businessman, Richard Jakpa are standing trial for the purchase of 200 defective ambulances worth €2.37 million for the health sector.

While Dr. Forson was granted a GHc3 million self reconnaissance bail, Mr. Anemana was granted a bail of GHc1 million with three sureties one who must be a public servant not below the rank of a Director.

Mr. Jakpa on the other hand was granted a bail of GHc5 million bail with three sureties one of whom must be justified with documents of a landed property.

The prosecution was ordered by the court presided over by Justice Afia Serwaa Asare-Botwe, to file their disclosure by February 8, while the case has been adjourned to Feb 15 for case management.

The offences relate to  the purchase of what court documents describe as defective vehicles which were not originally manufactured to function as ambulances hence could not be converted for such a purpose.