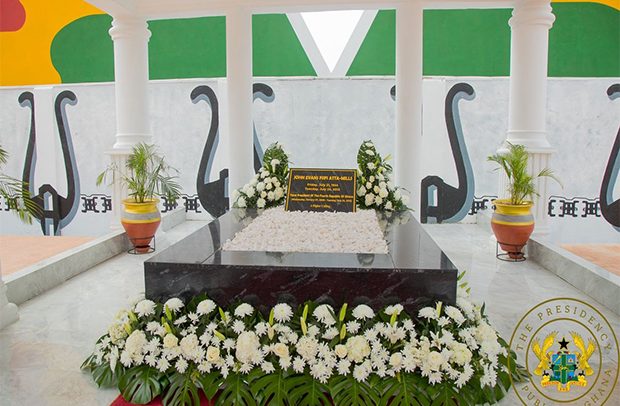 President Nana Addo Dankwa Akufo-Addo has refuted claims that the tomb of former President John Evans Atta Mills at the Asomdwee Park has been tampered with.

The family of the late President has alleged that the government has allowed the Atta Mills Institute to tamper with the grave of the former President without informing them.

However, speaking at the commissioning of the refurbished Asomdwee Park and the 10th Anniversary of the death of President Atta Mills in Accra on Sunday, President Akufo-Addo indicated such claim is false. 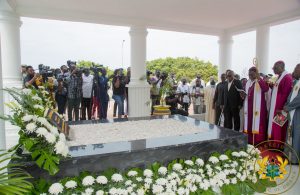 The President further stated that the legacy of late President Atta Mills will remain in memory forver.

“There have been unfortunate accusations levelled by some persons against Government about the supposed desecration of the tomb of the late President in the process of rehabilitating the Park.”

“Nothing could be further from the truth, and it is good to note that these false, malicious statements have been firmly dispelled and debunked by the Coastal Development Authority, through the agency’s CEO, Jerry Ahmed Shaib, in a public statement under his hand,” President Akufo-Addo said during the anniversary

On his part, Samuel Koku Anyidoho, the Chief Executive of the Atta Mills Institute was full of praise of President Akufo-Addo for his contribution towards the redevelopment of the Asomdwee Park.

He however assured the gathering about his determination to ensure the regular maintenance of the park. 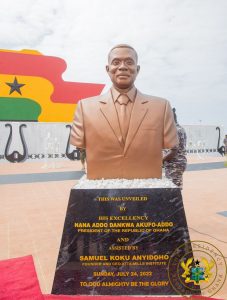