Auditing The Auditor-General: Matter Of Integrity 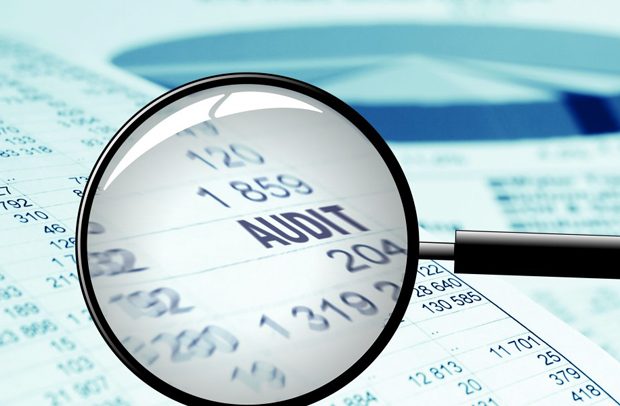 A dark cloud hangs over the Audit Service. The service’s four-star General styled Director-General is running low on integrity and that is too costly for an entity charged with unearthing the bad deals in state institutions.

It is a matter of concern therefore when the Auditor-General fails an integrity test as evidenced by his outright procurement breaches in recent times. The high notched vehicle purchases he authorized recently smell of disregard for procurement standards. It is rich when an Auditor General is cited for such improprieties especially when he is the kind noted for his high pitched exposure of others who fall foul of integrity standards; his preferred channel being the media.

On Tuesday, Mr. Daniel Yaw Domelovo made the lead story in the DAILY GUIDE for a good reason: he had not unearthed acts of impropriety in a state institution but has rather entrapped himself in a GH¢7.6m purchase sleaze from which he is struggling to free himself.

It is interesting that his non-plausible response to the DAILY GUIDE story has seen him pointing at a ghostly deputy as being responsible for the purchase approval. Details of the deputy, such as his name, are being kept to his chest.

He has rejoined our story with a dose of sarcasm describing the DAILY GUIDE as an ‘ace’ newspaper and extending same to the reporter who filed the story.

An Auditor-General should be anything but mendacious because being so would deprive him of respect and trust attributes he needs to perform satisfactorily.

By the time the dust over the integrity of this man settles down, he would have been robbed of his garments and standing nude in the public space; it would be interesting to find out how he is going to continue catching the bad boys and girls in state institutions.

An Auditor-General who chooses and picks which year’s audit he should undertake is prompting questions about his motive. It is instructive to point out that while the 2016 audit report is not ready, our good friend is setting his sight on the 2017 one. Unless there is something which is beyond our ken, we are constrained to state that the Auditor-General has something sinister up his sleeves for being choosy.

In his rejoinder, he did parry the disclosure that the Audit Service used the 2017 budgetary allocation for the purchases – a stance which falls flat on the face when juxtaposed with the following italised piece in the Tender Evaluation Report covering the smelly purchase: ‘The Ghana Audit Service intends to apply part of its 2017 budgetary allocation to payments under the contract for the supply of vehicles for which an invitation for tender was issued in the Ghanaian Times on the 4th September 2017 and Daily Graphic simultaneously’

Didn’t the Central Tender Board go beyond its threshold by okaying the purchases anomaly which had the blessing of the Auditor-General?

Just as the Auditor-General is charged with the task of protecting the public purse, we too are expected by the nature of our assignment bestowed with the responsibility of exposing heads of departments whose non-conformity to standards is costing the state hard-earned cash.

The Auditor-General’s way of fighting corruption sounds surreal and therefore worthy of auditing.