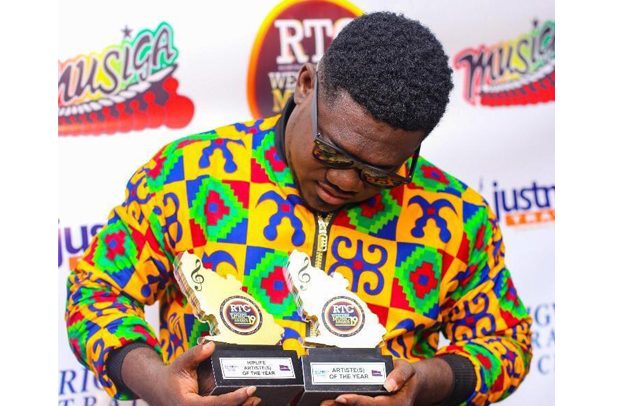 Hiplife/hip-hop artiste Stephen Kwabena Siaw, known on stage as Ayesem, has emerged artiste of the year at the third edition of the Western Music Awards held last Saturday, May 11 at the Best Western Plus Atlantic Hotel in Takoradi.

He also won the award for the hiplife act of the year award at the event.

Some of the artistes who received others awards were Dope Nation, who took home the best Afro-pop song of the year and best group of the year awards.

Dancehall artiste Stonebwoy also took home the most popular song of the year award. Fameye was also honoured with best hiphlife artiste of the year.

A number of celebrated Ghanaian artistes based in the Western Region were also honoured at the awards ceremony which attracted a large number of music stakeholders, radio presenters, music fans, journalists among others.

The awards ceremony was organised by Westline Entertainment with sponsorship from Rigworld Training Centre (RTC).