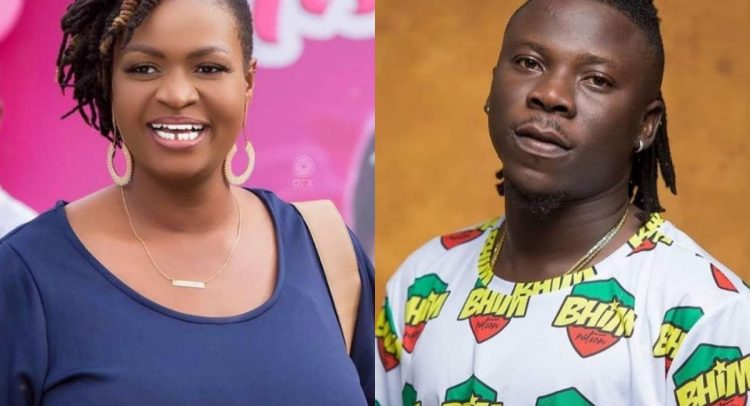 Ayisha Modi has congratulated dancehall act Stonebwoy on his successful performance at the 02 Academy Islington in London over the weekend.
The gesture comes a day after reports went viral that they are having issues because they both unfollowed each other on Instagram.

Ayisha who is a known die-hard fan of Stonebwoy has reportedly supported his career in various ways. At a point, she was holding herself up as his PR and even spoke on some platforms on his behalf. But for whatever reason, they have unfollowed each other which led to wild speculations.

She wrote: “In a bid to prove there is no bad blood between them Ayisha took to Instagram to congratulate Stonebwoy.

It was all love and fun as history was made yesterday at the O2 Academy (Islington). The reigning Music King Stonebwoy thrilled fans with a wild performance on the first day of his Anloga Junction UK Tour 🇬🇧 The Music Hero filled the auditorium whiles some were outside meandering their way through to join the action. Livingstone Etse Satekla better known by his stage name Stonebwoy proved to the world that success comes from hard work. Congratulations BHIM BOSS, On your special day, I wish to tell you that you are the prince of our world in terms of music. May you always keep shining.”