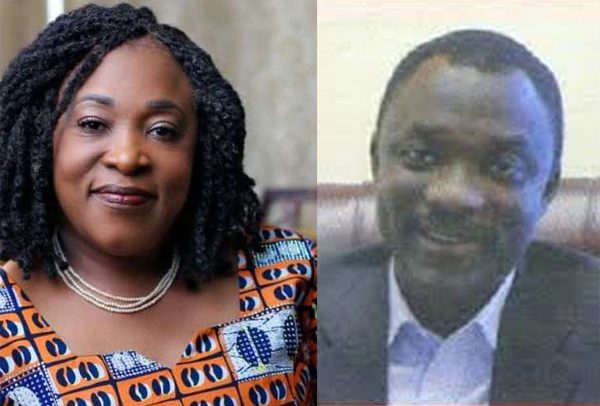 The Minister of Foreign Affairs and Regional Integration, Shirley Ayorkor Botchwey, has filed a $20 million libel suit against Africawatch magazine.

The action is in respect of a publication titled: “Ghana Exclusive: the Inside Story of the Oslo Scandal Conspiracy to Steal, Ayorkor Botchwey’s lies exposed, Nana Akufo-Addo’s defence falls flat,” by the magazine.

The suit cites General Media Strategies INC, publishers of Africawatch as first defendant; Steve Mallory, Editor of the magazine as second defendant; and Samuel Okudzeto Ablakwa, as the third defendant.

In her statement of claim, the plaintiff averred  that in June 2019, her attention was drawn to a defamatory cover page story on the defendant’s Africawatch magazine with the headline: “Ghana Exclusive: the Inside Story of the Oslo Scandal Conspiracy to Steal, Ayorkor Botchwey’s lies exposed, Nana Akufo-Addo’s defence falls flat.”

According to the Foreign Affairs Minister, “The third defendant (Ablakwa) republished the defamatory matter – the subject of this litigation – on Facebook which said the publication has since generated various comments on Facebook.”

She averred that the entire article is full of factual inaccuracies and clearly portrays the malicious intent of the defendants to tarnish her hard-won reputation.

The plaintiff reiterated that pursuant to a decision of the Government of Ghana to open a foreign mission in Oslo, a five-member team of senior officers were dispatched to Oslo to undertake feasibility studies to procure a chancery, ambassadors and staff residence and other allied facilities.

The plaintiff said that there were laid-down procedures within the ministry that govern the acquisition of property on behalf of the state before any financial commitment to contract.

According to the plaintiff, until such procedures were exhausted, there cannot be any financial commitment by or on behalf of the ministry in the purchase of any property for the state such as the property giving rise to the instant suit.

The foreign minister, therefore, averred that she had not committed Ghana to any financial obligation to any property owner in Oslo in respect of a future chancery, ambassadors and staff residence in Oslo.

Further, she said President Akufo-Addo had not played any role that was criminal in nature for the defendants to seek to suggest so in their publication.

Again, she argued that the entire article was totally inconsistent with the headline and it showed the malicious intent of the defendants.

“The plaintiff understands the defendant’s statement that she has inflated the cost of building to a whopping $16.5 million to mean that she is criminally minded and plans to dupe the people of Ghana,” she stated.

The plaintiff is, therefore, praying the court to declare that the defendants’ publication that her involvement in the Oslo property is “a shameful conspiracy to steal from the state,” is defamatory of the plaintiff and same was made without basis.

The minister is also seeking compensatory damages of $20 million against the defendants as well as general damages.

Meanwhile, an Accra High Court has ordered lawyer for the minister to serve the magazine and its editor through their New York address in the United States.

This follows an application by the lawyer, Gary Nimako, seeking leave of the court to do so.

'Opuni Didn't Follow Due Process In Awarding Contract To AGRICULT'