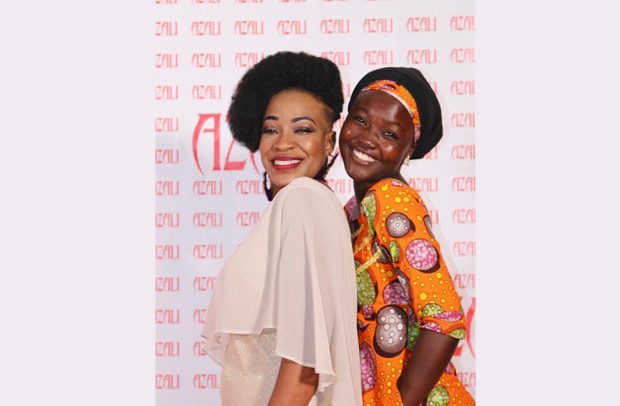 ‘Azali’, a film directed by Kwabena Gyansah, has made Ghana proud and brought honour to the country’s  film industry by winning three major awards at the 2018 edition of African International Film Festival (AFIFF) in Lagos, Nigeria over the weekend.

The film beat tough competition from other top technically inclined festival films to emerge the best feature film at the festival.

It also went ahead to picked two additional awards for best screenplay and best actress award, won by lead actress Asana Alhassan for her great performance in her debut film.

The 2018 AFRIFF was the eighth of its kind held from November 11 to November 17 in Lagos to, among other objectives, provide opportunities for the film industry in terms of growth and create platforms for investors and technical acquisition.

Over 140 films were screened at the festival which climaxed with an award ceremony to honour filmmakers and films of top quality.

‘Azali’ turned out to be one of such films, thereby, sweeping the best award categories.

The film has been receiving great endorsements as a good film from film stakeholders who have seen it long before its release.

Among them is Prof. Eric Sample of Champlain College in the United States of America, who had described the film as “an Academy Award-winning film.”

Cinema enthusiasts who saw the film during its premiere in Tamale and at the University of Ghana also rated it as a great film.

“The story is straight to the point and cuts deep into the conscience of the viewer. There is no denying that we need more stories and films like this.  It delivers on entertainment, keeping you hostage for its about 90 mins run time and still leaves you with enough to ponder over long after it has ended,” a review on ghmoviefreak.com also described the film.

‘Azali’ is a film about 14-year-old Amina from Northern Ghana, who is thrust into the slums of Accra by circumstances and must find a way to get back home. Amina has her life going well until her mother makes a decision that changes all that. Faced with a choice of perceived hopelessness, marrying Amina to a much older man or sending her off to work in Burkina Faso, she chooses the latter. But unknown to her, the man is part of a child smuggling syndicate.

Amina, together with the other victims, are rescued and sent to an orphanage for resettlement to their various homes, but by some cruel twist of fate, Amina follows some child veterans of the home to Accra in search of a better life.

It is, no doubt, a must-watch film produced by Ananse Entertainment and directed by Kwabena Gyansah.

It has been premiered in Tamale, University of Ghana, Legon and Kumasi.

Free Cash Out For Vodafone Customers