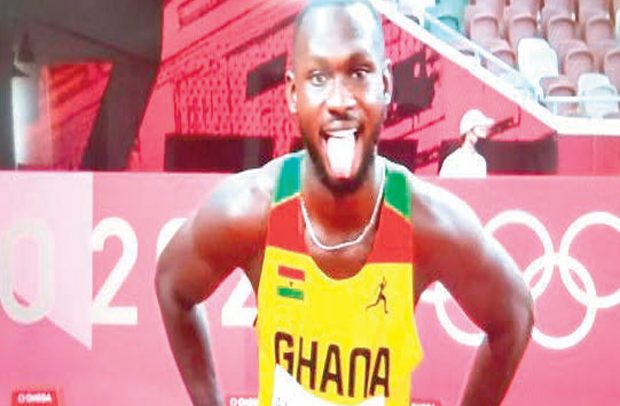 The Ghanaian sprinter easily won the Heat 7 of the 100 meters race at the Commonwealth Games on Tuesday morning.

With the vital win, Azamati, who is in the form of his life, has booked a place in the 100 meters semi-finals.

Azamati didn’t start the race well, yet he remained composed as he fought back to catch up with the leaders.

From 60 meters, it was clear that the Ghanaian sprinter, who was virtually flying, would win the race.

Azamati crossed the finish line with a time of 10.19s to book his place in the semi-finals and keep his medal hopes alive.

Meanwhile, another Ghanaian sprinter, Sean Safo-Antwi, has also booked a place in the 100m semi-finals.

Team Ghana is depending on athletics to win medals at the Birmingham Commonwealth Games.