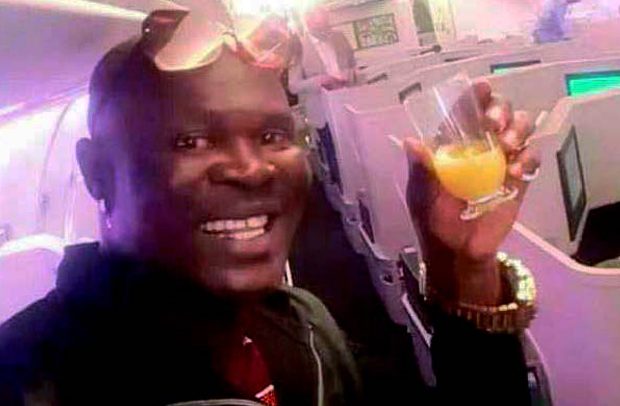 Banku enjoying a glass of drink in business class

In round three, he dropped the Hungarian after an impressive first two rounds.

The self-acclaimed ‘African Mayweather’ matched his promise to stop the fight ahead on schedule  by ending the fight before ten minutes.
The current WBO African champion was denied a fight abroad by his former promoters because of an alleged eye problem.

Prior to the fight, Ferenc had promised to knock out Banku in round 3 but the Hungarian instead predicted doom for himself.

Since his historic defeat to Bastie Samir in 2017, Banku has always wished to find his feet back and this win definitely came at the right time.