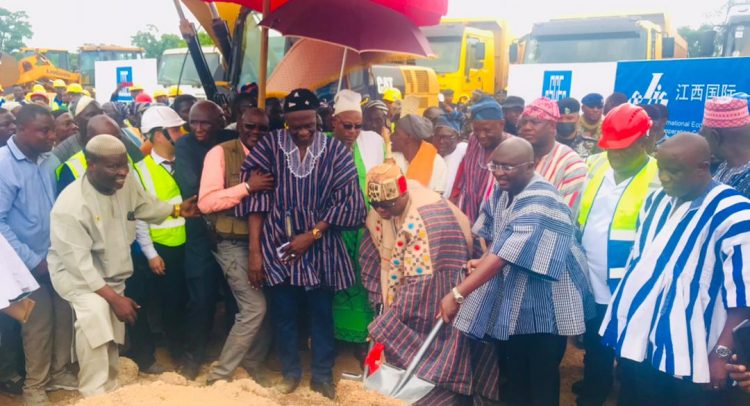 Some bad roads have remained enigmatic for decades. Politicians, after promising to rehabilitate them, just so they would be voted into power, ignore the pledges.

The Tamale-Yendi-Tatale highway is one of such roads, this one especially, constituting an important segment of the Eastern Corridor stretch in terms of the regions it impacts. It will benefit the residents of the Northern, North East, Upper East, Oti, Volta and the Greater Accra Regions.

Also exciting about the project is the social intervention additions in the form of schools, boreholes and clinics within project communities such as Tamale, Mion, Yendi, Zabzugu and Tatale.

We might not be able to tell why this highway, regardless of its importance, such as being alternative link between the North and the South especially, the Volta and the Greater Accra Regions, has suffered the neglect it has and remains an infrastructural enigma.

Be it as it may, the Vice President, Dr. Mahamudu Bawumia, yesterday cut the sod for the commencement of work on the road’s construction.

The amount of $150 million, being cost of the project made possible through a World Bank funding, is a colossal figure and that underscores its importance.

Roads are costly ventures and this fact notwithstanding, not considering them as priority smacks of governance irresponsibility.

Even in developed countries such as the US and others, such ventures are embarked upon sometimes not for infrastructural improvement but for the triggering of economic activity after a slump.

The cutting of the sod for the commencement of work on the road without which the Eastern Corridor road network would be incomplete, stands the government of Nana Akufo-Addo apart from his predecessors whose to-do-list subtly ignored it.

The refrain, Eastern Corridor Roads, reverberated in political discourses during the NDC regimes as though something seismic was going to happen about that portion of the national road network.

When this segment of the Eastern Corridor stubborn network is completed, food crops would reach the southern markets faster and less hassle to both traders and motorists who transport them.

We are told that the time spent in traveling from the Northern Region through the Eastern Corridor to the Greater Accra Region would be curtailed by some four or more hours.

It is our prayer that funds for the contractor to undertake the project would not suffer any bureaucracy or other hurdles. Such challenges are sometimes endured by contractors, some of who abandon projects midstream.

Being a World Bank project, this one should be exempted from the pain other ones suffer as the constructions play out.