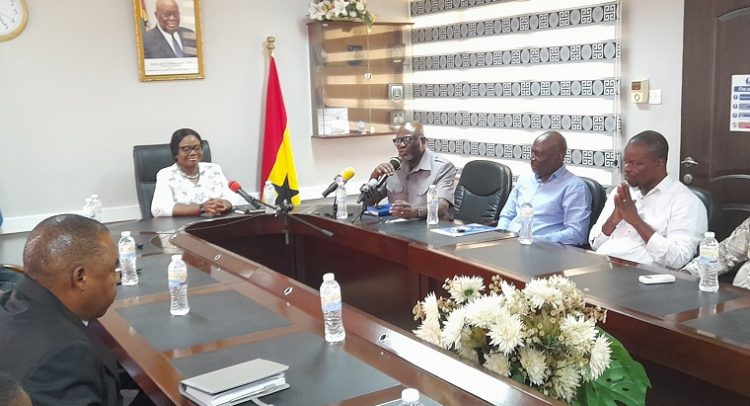 THE EXECUTIVE Director of the Economic and Organised Crime Office (EOCO), COP Maame Yaa  Tiwaa Addo Danquah, has explained that invitations extended by her office to some traders to assist clarify some tax issues is not to intimidate any trader or an attempt to collapse their businesses.

She said EOCO, as part of its mission, is developing and sustaining an effective approach to combating economic and organised crime in Ghana.

“So when we invite a person to our office, we expect that you come and explain certain part of your operations which we do not understand to us.”

She made this known when the executives of Ghana Union of Traders (GUTA) called on management of EOCO for further explanation on letters sent to some traders to report to its office.

EOCO extended invitation to some traders last week to their office to explain certain business transactions they had undertaken in the past for reconciliation.

The affected traders, who are members of GUTA were asked to bring along their sales books, bank statements, vat invoices among other things.

This letter, according to GUTA, was not well understood as members believe were an attempt by EOCO to collapse their businesses.

However, the executive director and her team explained to GUTA executives led by Clement Boateng, 1st Vice Chairman, that there are some traders operating in the country for the past years that has not paid taxes to GRA.

Some of the traders unknowingly transfer money for other individuals using their business account without knowing that they are laundering money.

Others traders upon getting their Import Declaration Forms (IDF) approved to bring in goods of some requested end up importing lesser goods or different goods and paying less tax.

“We will go into all these and try to find out where the lapses came from in order to solve it so that foreigners do not capitalise on that to evade tax,” she explained.

Adding that, “the invitation was not only sent to individual selected traders but state institutions as well.”

Adding his voice, the Deputy Director In Charge Of Intelligence And Monitoring, Madam Aba Jacqueline Opoku said many of the traders also allow their business account be used in receiving monies they do not know the source .

“We are not taking the work of GRA, what we are looking for are those engaged in under declaration, falsification, under invoicing among others.”

They urged the traders Union to notify EOCO if they see foreigners evading tax or engaging in activities that could make the state lose taxes.

Mr Clement Boateng in a statement said, being invited by an investigating body like EOCO comes with some panicking situation to the traders.

A Leader Takes On New Territories