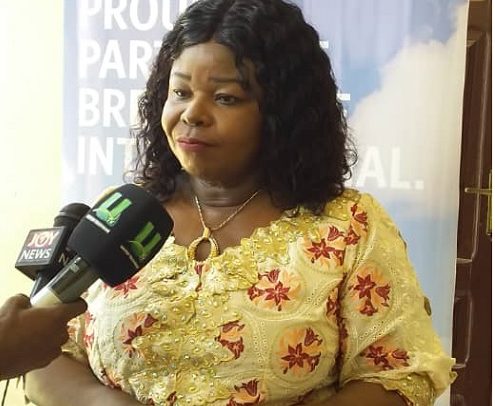 The last in the series of Delta Airlines’ sponsored free breast screening and public education program for the year, has taken place at Tepa in the Ashanti region, with a call on women to report suspected cancer cases first to hospitals, and not prayer camps.

“We donot discount the potency of prayer, but prayer in itself should be a sequel to proven orthodox medical treatment”, explained Breast Care International President, Dr. Beatrice Wiafe Addai, to faithful of the Central Pentecost church in Tepa, where the last Delta sponsored free breast screening and awareness creation exercise had taken place.

Reviewing four years of Delta’s headline sponsorship, Dr. Beatrice Wiafe Addai said, “The mind-numbing breast cancer cases in rural Ghana lends credence to the need and argument for extension of the BCI-Delta agreement to sustain the community outreach program as the team works vigorously for a downward reduction in the figures”.

Dr. Wiafe recalled the hugely successful “BCI GHANA WALK FOR THE CURE” programs in 2016 in Kumasi, 2017 in Koforidua, 2018 in Tamale and 2019 in Cape Coast, all with Delta as the headline sponsor, and argued that the global carrier stood to benefit immensely by way of increased visibility and mileage in the likely event of agreement renewal.

At a post screening media briefing, Dr. Wiafe repeated BCI’s determination to keep celebrating and showcasing survivorship, which is an effective means of encouraging early reporting to health facilities of those suspected with diseased breasts, while fighting off stigmatization, which has blighted the willingness and readiness of those cured, from stepping out to be counted.

She informed the Tepa gathering that survivors were a critical link in the chain of awareness creation. “Their appearance at talk shows and public appeal have in no small way contributed immensely to the awareness creation programs”.

Dr. Wiafe added that ignorance, allusion to superstitious beliefs, and  poverty  combined, account for the surge in cases especially in rural Ghana, making it compelling for increased awareness creation and free breast screening, to reduce the incidence of end stage reporting of cases to health facilities with its attendant needless mortality cases.

Dr. Wiafe told faithful of the Tepa central church of Pentecost that “BCI keeps distributing publicity materials, including, but not limited to flyers, stickers, and banners containing information about Delta to participants at all Delta dedicated screening programs”, adding that “BCI made good the agreement to include the Delta name and Delta marks as the official airline sponsor on all publicity materials produced by BCI.”

Host Pastor Frederick Asante-Lartey, the special guest of honor, Nana Dr. Adusei Atwenewa Ampem,  and the District Director of health for Ahafo Ano north, Joseph Adomako commended Delta Airlines and called on other multinationals to collaborate with local entities to bring relief and succour to the poor and needy in society.