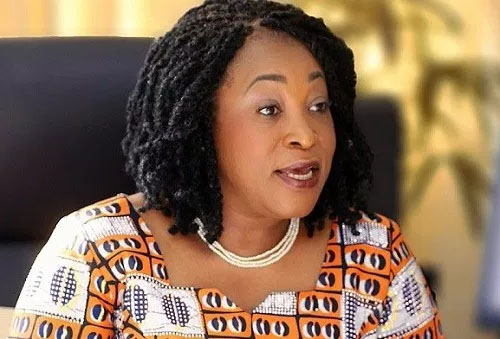 The Foreign Affairs and Regional Integration Minister, Shirley Ayorkor Botchway, has urged Ghanaians living in China to be law-abiding.

Addressing the Ghanaian community in Guangzhou, where she had gone to open a Consulate General office, the minister said they should be good ambassadors.

“I would like to take this opportunity to advise my compatriots, who come here to do business or seek business partners and those with resident permits, to be law-abiding.  Please, be good ambassadors of Ghana in this country to enhance our relations with China,” Ms Botchway admonished.

“Ghana is ready to support you, and Ghana is equally ready to sanction the bad ones among you to preserve our good name abroad,” she added.

With the establishment of the Consulate, the minister told them that issues of visa, passports and consular services would be addressed expeditiously. “Now you have a place to go with consular issues. The Consulate is here to support you and listen to your concerns,” she indicated.

Touching on government programmes, the minister stated that the free SHS is progressing steadily despite initial hiccups, saying President Akufo-Addo is determined to leave a legacy of educated population.

She conceded that the free SHS programme is expensive, but in the opinion of the President, no Ghanaian child should be left out of the educational ladder. “The President believes that is the way to go,” she said.

The Foreign Minister told the audience about the efforts to beef up security in the country, with the recent acquisition of more vehicles for the security agencies.

She announced the support the Chinese government is extending to Ghana for educational infrastructure and security.

She said more cars for the police are expected from China as well as the second phase of the University for Allied Health and Sciences in Ho.

She also mentioned the construction of James Town fishing harbour by the Chinese.

She further admonished Ghanaians abroad to be patient over national identification card saying the exercise would be extended to them since the Foreign Affairs Ministry has not got the mandate to issue ID cards.

Ghana Ambassador to China, Edward Akwasi Boateng, responding to some of the concerns raised by the residents, said that some of the issues raised were already receiving attention.

The Consul General for Guangzhou, Samuel Nsiah, urged the residents to report any issue confronting them to the consulate.

Arrest The Hoodlums, Charge Them