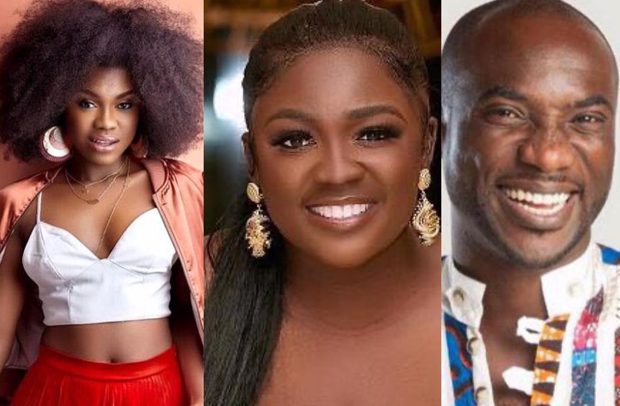 Some of Ghana’s top musicians have been announced to perform at actress and socialite, Tracey Boakye’s anticipated huge wedding ceremony this weekend.
Among them are Brother Sammy, Ohemaa Mercy, Obaapa Christy, Piesie Esther, Kwabena Kwabena and Becca.
Tracey disclosed this on Tuesday when she put out a list of persons who will be performing various functions during her wedding.
The Kumawood actress had earlier this week announced that she was getting married to the love of her life on Saturday, July 30, 2022.
She didn’t however make it obvious who the groom to be is. But she dubbed their wedding as #Francey22 suggesting the man could be called Frank or Francis.
Indications were that Abena Serwaa Ophelia, Brother Sammy, Ohemaa Mercy, Obaapa Christy, and Piesie Esther would perform at the traditional marriage ceremony.
Others such as Nakeeyat The Poet, Clevester The Poet, Becca and Kwabena Kwabena will also perform at the dinner.
Mc PapJay of Y102.5FM, Kumasi, will be the Master of Ceremony with DJ Lamar as the official disc jockey.
Also, film producer Kofi Asamoah will produce the anticipated rich event.