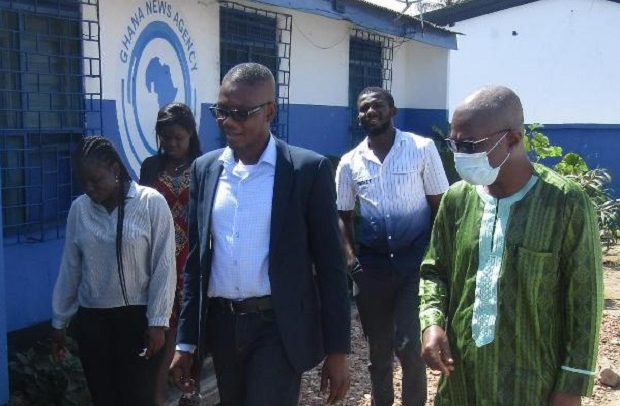 Habibu Adams, Senior Economist at the office of the Senior Presidential Advisor, Yaw Osafo Maafo on Monday said that the review of the benchmark value on some 32 items by the Ghana Revenue Authority (GRA) was to help save the country’s manufacturing sector.

The GRA in a letter dated November 11, 2021 and signed by the Reverend Ammishaddai Owusu-Amoah, Commissioner-General announced the removal of benchmark values on selected items with effect from November 15, 2021 as part of measures to “achieve revenue effect.”

But responding to a question on the effect of the removal of the benchmark value on consumers during engagement with the Ghana News Agency at its Tema Regional Office, Mr Adams said the removal was for the good and protection of local industries.

Mr Adams said even though government due to the plea of the various trade associations including the Association of Ghana Industries (AGI), Ghana Union of Traders Association (GUTA) among others two years ago, it had become necessary that it had to remove benchmark values on the 32 selected items.

He said it was realized that due to the benchmark value, people import goods that were produced in the country without paying tax which makes the imported goods cheaper than the locally produced ones.

According to him, because it turned out that importing was much better, people stopped producing and started importing rather, a situation which does not augur well for the Ghanaian economy.

He said concerns were raised by the local producers, and after consultations with the relevant stakeholders, it was agreed that the said items must have their benchmark value removed.

“After the implementation they came back to complain that it was killing the local industries, so it was decided that those that we have competitive urge we have to remove the benchmark from it so our products can sell and the local industries protected,” the Senior Economist stated.

He said for the government to get the needed revenue to provide the things Ghanaians were yearning for, there was the need to remove some benefits such as the benchmarks, and that even though government had taken a lot of burden off the public, the people were still not satisfied and were therefore asking for more.

Recounting some of the benefits government had given Ghanaians, he noted that due to the introduction of the Free SHS Policy, parents and relatives could now save the huge school fees they would have paid to get their children and others to gain secondary education.

Others, he said, included the subsidization of energy indicating that since 2019, government spent over four billion annually to subsidize the energy sector.

According to Mr Adams government had employed a large number of graduates who were left unemployed for years as part of the IMF economic measures, indicating that over 95,000 teachers, 100,000 health workers had all been employed including others in the forestry commission and other sectors.

Tema Regional Office Manager of the Ghana News Agency, Francis Ameyibor, said the Industrial News Hub Board Room dialogue on the budget was to offer the Senior Economist the opportunity to throw light on the budget preparation.

He said “as journalists we need to be well informed on the issues surrounding the budget before we could effectively educate the public on it after the presentation”.

Mr Ameyibor said as the fourth estate of the realm, there was the need for GNA to help the public to reach out to government and people in authority with their issues while in the same vein bringing to the fore government’s policy to the people.

He said to this end, the office had initiated a number of flagship programmes including the boardroom dialogue to provide the platform for state and non-state actors to interact and discuss national issues.

He announced that the GNA Tema dubbed the Industrial News Hub was to introduce two other programmes namely; “My Constituency My Agenda”, and “My District My Agenda” to respectively give opportunity to Members of Parliament and other politicians, as well as the various district assemblies and their chief executives, coordinating directors and departmental heads to talk about their activities.