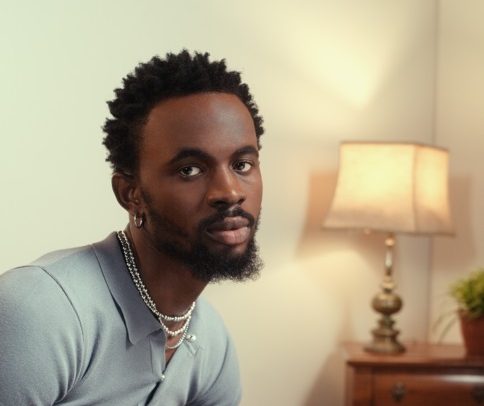 Hiplife/hiphop artiste Mohammed Ismail Sherif, popularly known as Black Sherif, yesterday released his second single of the year, ‘Soja’, to entertain his fans in Ghana and beyond.

This single follows his previous hit single ‘Kwaku The Traveller’ which was released in March this year. It is yet to enjoy massive rotations on some selected radio station in the country.

With his unique rap skills, Black Sherif is expected to cause a stir in the Ghanaian music scene again.

‘Soja’, available on all digital platforms, is a fusion of hiphop and afrobeat genres which will blow the minds of every music lover who listens to the song.

BEATWAVES gathered that it is a very good party song and a timeless danceable masterpiece fit for all occasions.

Touted as the new global sensation by industry greats, the 20-year-old Konongo native is on a quest to put his sound and hometown on the world map.

Since his entry into the Ghanaian music industry, Black Sherif has won the hearts of many music lovers in the country with his style of play.  He has been well-known on airwaves and stages as a great singer and performer.

BEATWAVES learnt that the talented young singer and songwriter has been working hard on his craft and is now ready to take the country by storm with his musical works.

He also took home four coveted awards at the 5th edition of the 3Music Awards which took place at the Grand Arena of the Accra International Conference Centre.

In June 2022, Boomplay announced Black Sherif as the first Ghanaian artiste to surpass 100 million streams on their platform.