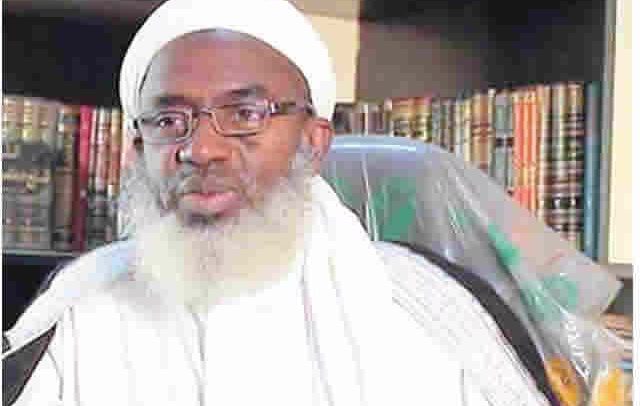 Controversial Islamic cleric, Sheikh Ahmad Gumi, has faulted those of the school of thought that killing is the punishment for blasphemy, saying Prophet Muhammad never killed for blasphemy during his time despite insults from his critics.

Gumi stated this during his religious teaching class in his Kaduna Juma’at mosque, according to PRNigeria.

He said if the Prophet refrained from killing or attacking his tranducers and those who blasphemed him while alive, those killing for the same offence have no justification for their actions.

The Kaduna based scholar made the clarification in a video clip obtained and translated by PRNigeria while reacting to the killing of a female Christian student at Shehu Shagari College of Education in Sokoto State over blasphemous statement.

“If we think by killing Deborah, people who are not of the same faith with us will stop insulting our prophet, then we are in delusion,” PRNigeria quoted him as saying.

The cleric added that rather than kill for blasphemy, Muslims in the country must strive to showcase the beauty of their religion by coexisting with non-Muslims and show how beautiful the Prophet lived by adhering to his teachings on how to live peacefully with others.

While condemning resort to extra-judicial killings, Gumi reiterated that Nigeria is a secular state and religious law cannot be used in countries like Nigeria.

“Hence, anyone who kills a non-Muslim who they have agreed to live peacefully with, will not smell the fragrance of Paradise for 40 years,” he was also quoted as saying by PRNigeria.

Furthermore, the cleric called on other Islamic religious leaders to ensure reorientation of their students and followers, saying they must refrain from instigating their followers to carry out heinous act.

One Arrested Over Filling Station Attack