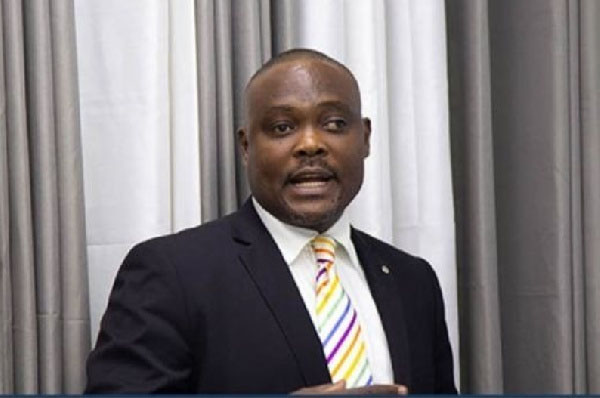 THE CAPE Coast North wing of the ruling New Patriotic Party (NPP) in the Central Region have hit out at the NDC MP for the constituency, Kwamena Minta Nyarku, for telling ‘lies’ about some road projects he claimed he (MP) had secured contracts to undertake.

According to the NPP, “all of these are palpable lies and very dishonourable of a Member of Parliament to engage in.”

Setting the records straight, the NPP stated that, “these are projects that the MP, Hon. Kwamena Minta Nyarku knows nothing about,” adding that “as a matter of fact, plans and initiatives on such roads were made at a time he was not an MP.”

“How can one claim to have secured a contract to start something that was started far before he assumed office as an MP?” they quizzed.

According to them, works on roads in the constituency were commenced by the Akufo-Addo government on November 21, 2019, at a time when Barbara Asher Ayisi of the NPP was the MP for the area.

The road projects, most of which are ongoing, include the rehabilitation of the Akotokyir roads and links (3.07km); Amamoma roads (4.56km); Abura New Community Area roads (7.37km); Kwaprow link road (1.64km); and the partial reconstruction of the Cape Coast Technical University roads and links (5.30km).

“It will interest you to know that this NPP government so far is the government that has granted the largest kilometre of inner city roads for the people of Cape Coast North under the Fourth Republic,” the NPP stated.

They also listed some road projects that government intends to undertake in the area, which include a link road from Cape Coast Teaching Hospital to Nkanfoa Pentecost junction; a link road from Nkanfoa Methodist School to Academy of Christ the King SHS at Abura and a link road from Efutu Kokwado to Efutu Mampong.

“All of these projects are also to be funded by the Government of Ghana,” they indicated.

The group further challenged the MP to prove if he indeed “secured contracts for the above mentioned road projects at a time when he was not an MP; tell the good people of Cape Coast North the total amount he is spending on the so-called contract that he claims to have secured and make public the said secured contract details.”

'Super League Will Save Football'