‘Super League Will Save Football’ 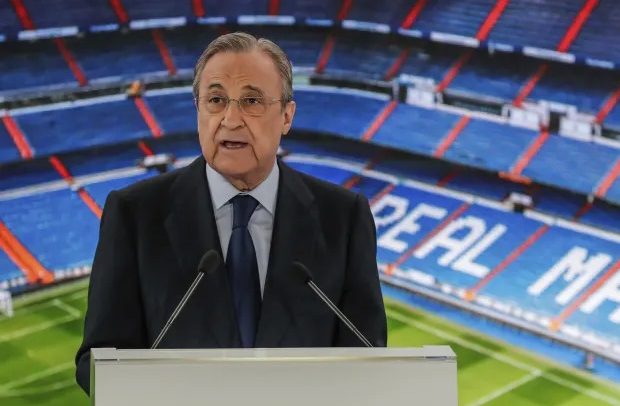 Real are one of the 12 European clubs who have signed up to the breakaway league and intend to establish a new midweek competition.

Perez said the move had been made because young people are “no longer interested in football” because of “a lot of poor quality games”.

“Whenever there is change, there are always people who oppose it,” he said.

The move has been criticised by football authorities and government ministers in the UK and widely condemned across Europe by UEFA and leagues associations.

Prime Minister Boris Johnson will hold a meeting with football’s governing bodies to discuss the move, while the 14 Premier League clubs not included in the plans are also scheduled to meet.

Perez said that the top teams were losing money and that big-name matches would help increase their revenue.

“We are doing this to save football at this critical moment.

“If we continue with the Champions League there is less and less interest and then it’s over.

“The new format which starts in 2024 is absurd. In 2024, we are all dead,” Perez told Spanish TV show El Chiringuito de Jugones.

Plans for a revamped 36-team Champions League, starting in 2024, were confirmed by UEFA on Monday.