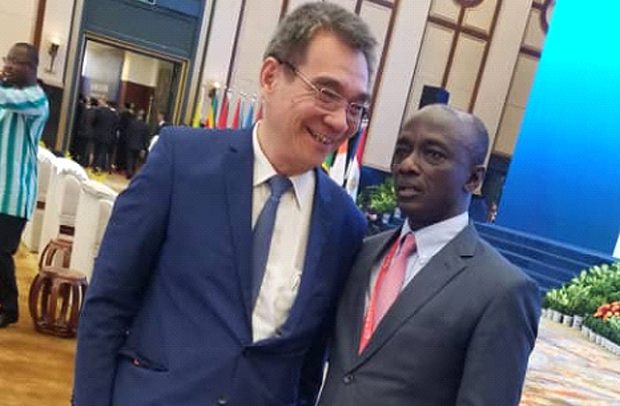 THE FIRST China-Africa Economic and Trade Expo has ended in Changsha in the Chinese central Province of Hunan, with a call for industrial development and free trade.

The event, according to the organizers, attracted over 10,000 participants with 53 African countries including Ghana.

The expo, themed: “Win-Win Cooperation for Closer China-Africa Economic Partnership”, is a biennial event.  It was proposed at the Beijing Summit of the Forum on China-Africa Cooperation (FOCAC) last September to enable Chinese and African businesses interact and open a new chapter in their relationship.

While African countries exhibited some products in their various pavilions, the three-day event had several conferences, investment forums and exhibitions that focused on agriculture, trade and investment.

Ugandan President, Yoweri Museveni, who was the guest speaker, called for deeper collaboration with China for industrial development, saying that was the way to go. He said Africa saw genuineness in the friendship with China and therefore would tap the enormous opportunities.

According to him, China and Africa are friends, good partners and good brothers with a shared interest.

President Xi said owing to the strengthened relationship, trade between Africa and China had seen tremendous improvement, with over 200 products from Africa gaining access to the Chinese market. He also said the improved ties had led to over 4,000 Chinese companies investing in Africa.

The Chinese leader assured Africa of sharing their 40 years experience in reforms which had led to massive economic breakthrough.

He further called for the implementation of the eight major initiatives generated at the Beijing summit of the FOCAC, opening up new points of collaboration, and taking the China-Africa economic and trade cooperation to a new level.

The minister said China recorded three per cent increase in trade volume in the first five months of the year, hitting $84.8 billion.

A Deputy Prime Minister of Cape Verde, Olavo Correia, said “the future is China and China holds the future of the world.”

Senegalese Minister of Trade and SMEs, Assome Aminata Diatta, praised China for its support to Africa.

The Supreme Court Decision And My Clumsy Dance!